After a weekend of meetings between the government team of the Generalitat Valenciana, which have been carried out in Dénia by way of concentrationYesterday they said goodbye to the city satisfied with the work done and optimistic for the coming months. 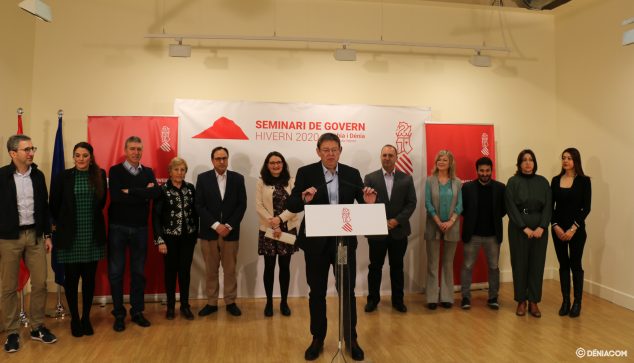 Ximo Puig with his team at the Center d'Art l'Estació

Ximo Puig chose the Center d'Art l'Estació to summon the media and make the final assessment of this winter seminar, where the conclusions were announced with the political objectives of each council that they will face during the next semester.

The President was proud and excited about the new political stage, in which they count for the first time, as he said during the press conference, with a government of Spain allied. However, he assures that his team's position regarding the central government will be complicit but also vindictive.

Puig has declared that with the policies they face, they seek growth that reaches all Valencians, thus confirming the fact that the Valencian Community is the only autonomous community in which inequality has been reduced. 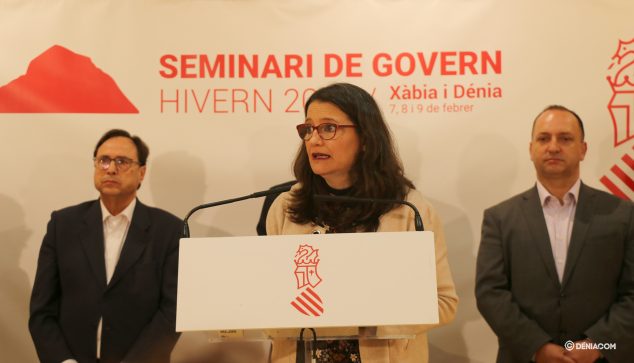 Mónica Oltra announces the objectives of the semester

The vice president, Monica Oltra, was in charge of announcing the objectives of each of the ministries to achieve during the next six months. Among the policies to end against depopulation, strategies against sexist violence, Vocational Training appropriate to the need of each territory and the increase of the public park for housing, are the plans to execute in coastal areas.

Tras the catastrophic consequences of the last sea storm and the stormy glory, the Valencian executive has put special interest in avoiding everything possible to suffer these situations again with predictive models and new ordinances, especially in construction. All this will be included in the Coastal Climate Change Adaptation Plan.

Oltra also announced the Awareness in Beaches Risk 0, a campaign in which they will warn bathers of the risks posed by beaches and swimming pools and the preventive measures that must be carried out to avoid drowning. Since 2015, two and a half hundred people have died from drowning, rather than from traffic accidents, which is why they have set their goal to end this high figure.