Foundation Baleària will bring together the works of 17 artists in the Baleàrics ODS collective exhibition, which seeks to raise awareness about the importance of complying with the Sustainable Development Goals and the United Nations 2030 Agenda. It opens this Saturday, October 10 at 12.00 in the Torre dels Ducs de Medinacelli in El Verger (Alicante), one of the rooms that the entity manages, and later it will visit other rooms in the Valencian territory and in the Balearic Islands.

This new exhibition is the third edition of Baleàrics, which the entity organizes together with the Government of the Balearic Islands and which year after year exhibits on an itinerant way the paintings and sculptures of original artists from the territories where the shipping company operates.

On this occasion, the main theme of the exhibition is the Sustainable Development Goals with which Baleària It has been committed since its entry into the Spanish Global Compact Network, in 2010, and whose objective is to contribute to sustainable development, promote equal opportunities and social inclusion, and preserve the planet. Thus, each of these artists have made three works, specifically for said exhibition, drawing inspiration from each of the 17 SDGs.

Of these painters and sculptors, 12 are from the Balearic Islands: Júlia Fragua, Miguel Ángel García López, and José Carlos Bonet from Ibiza; Luis Maraver, Beatriz Polo, Esther Olondriz, Ramon Company, Joan Pascual Roca and Jorge Cabral from Mallorca; Florit Nin and Anna Carreras from Menorca; and Mar Ample de Formentera. Three others are from Valencia -Empar Boix (Valencia), Fernando Seguí and Natalia Ribes Hankins (Alicante) -; and one of them, Hasna Khadir, is of Algerian origin.

Ricard Pérez, manager of the Fundació Baleària it states: "With this exhibition we are able to give visibility to the SDGs, with which we will contribute to having a better world, and, in addition, we bring together artists from several of the territories in which we operate, thereby also promoting cultural exchange". In turn, the curator of the exhibition, Antoni Torres, assures: "We hope that it will serve to make these objectives more known and also to raise awareness that we have to work so that they can be met and thus the world advances every day towards a better, more sustainable future".

After passing through the Llonja de la Cultura in El Verger, the exhibition will travel to the other rooms managed by the Fundació Baleària, in Dénia, Pego, Pedreguer, and also on the other side of the Mediterranean in Mallorca and Menorca.

It should be remembered that the shipping company leads innovative measures related to respect for the environment. Among these, it stands out its commitment to natural gas as fuel for its ships, a cleaner energy that considerably reduces emissions. In addition, it also promotes other actions such as the reduction of plastics and the recycling of all waste generated on board. For its part, the Foundation also carries out initiatives to disseminate the SDGs: it holds talks with the entities with which it collaborates so that they integrate them into their values. 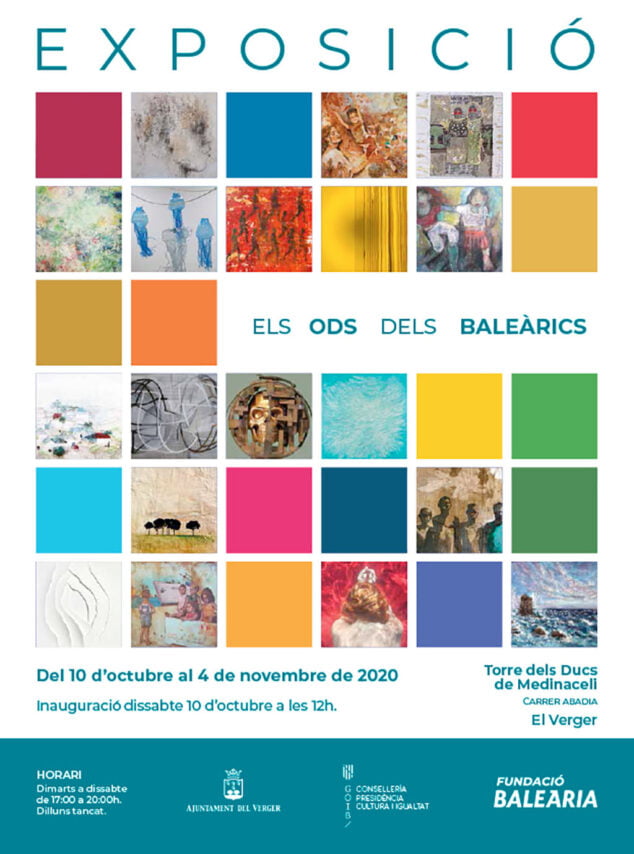 36.640
4.281
11.045
2.130
We use cookies necessary for navigation and traffic analysis. We do not use cookies that provide us with personal data or advertising cookies.
More optionsACCEPT
Manage consents