Foundation Baleària program for this month of September four exhibitions and a concert in its Llonges de la Cultura in the Alicante towns of Dénia, Pego, Pedreguer, El Verger, Els Poblets. In addition, it will also be in charge of organizing the exhibitions of two Valencian artists in the Balearic Islands: Rafael Armengol in Ciutadella (Menorca) and Ramón Pérez Carrió in Palma (Mallorca). 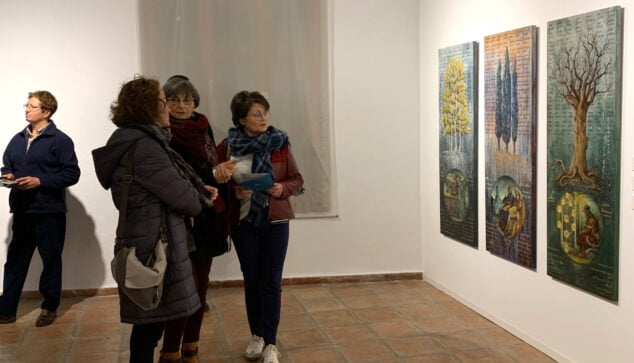 Next Friday, September 4, the first of the samples will be inaugurated: it will be 'Being and Seeing' by the German Hans Dieter Zingraff, in the Sala El Taller Turia in Els Magazinos, in Dénia.

A week later, on Friday September 11, the work 'Temps i Memòria' by Pep Aguilar will be inaugurated at the Torre dels Ducs de Medinacelli in El Verger.

On the other hand, on September 12 will be the Llonja de la Cultura de Pego, which will host a new exhibition: 'Imaginatio Mare' by Joan Pascual Roca. It should be noted that this artist has been commissioned to design some t-shirts that the Fundació is selling to raise funds for the Spanish Alzheimer's Confederation.

And finally, in Els Poblets, the protagonist will be the music: the Balearic group Las Moskitas Muertas will play at the Escoles Velles in this Alicante town. It is the third concert organized by the entity in this Llonja de la Cultura so far this summer, after that of the Valencians Borja Penalba and Mire Vives, in July, and that of the Menorcan Cris Juanico in August.

Bet on the culture

The entity's commitment to culture is firm in the territories in which it operates. It is an initiative that seeks to promote artists, and more so in a situation like the current one, caused by the Covid-19 pandemic. "Art and culture are essential in the sustainable development of a society, and we have that in our DNA", concludes Ricard Pérez, manager of the Fundació Baleària.