The Fundació Baleària will have a new Llonja de la Cultura

Foundation Baleària will manage a new Llonja de la Cultura in Ondara, which means expanding its cultural presence in the province of Alicante, as it already has regular collaborations in six municipalities. Specifically, in this town, the entity will organize exhibitions and musical events in two locations: the Torre del Rellotge and the bullring. 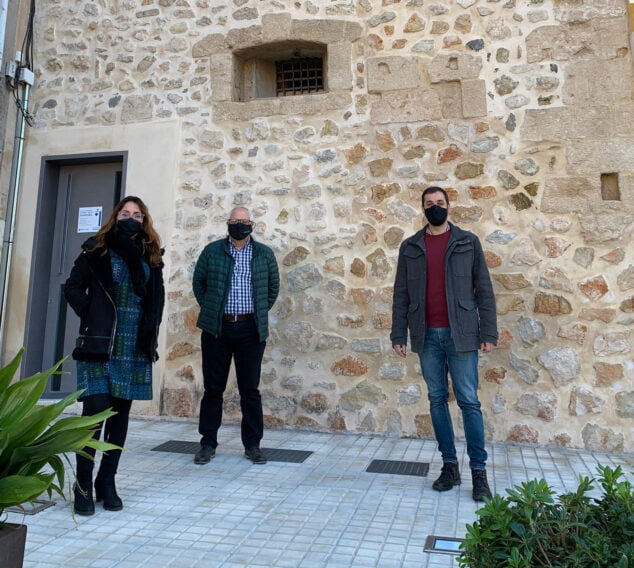 In the Torre del Rellotge, the Fundació will organize, starting in March, exhibitions that will have as a common thread the United Nations Sustainable Development Goals (SDG), something that is in line with the commitment of the entity and the council Ondarense with the 2030 Agenda. The first of these exhibitions will be the collective 'D'Anantapur a Bellver', which brings together the works of eight Balearic artists who made a trip to India and which talks about poverty and inequalities, SDG 1 Regarding the bullring, the Fundació plans to organize concerts. Thus, in the month of April, and if the health situation allows it, the album 'Foc' will be presented, bringing together the voices of 15 artists from the Balearic Islands and promoting the Institut d'Estudis Eivissencs.

Ricard Pérez, manager of the Fundació met yesterday with the mayor of Ondara, José Ramiro, and with the councilor for culture Raquel Mengual, to sign the agreement that will promote culture in the municipality. “With this agreement we expand our network of art spaces, which aim to promote cultural exchange between the territories in which it operates. Baleària”, Says Ricard Pérez himself. The mayor of the town, for his part, has been grateful and assures: “This will allow the cultural proposals of Ondara to be further energized, bringing new actions to a unique location in the region such as the bullring, which already it has proven its suitability as a stage for musical events; at the same time, it will provide the Torre del Rellotge, declared BIC and recently it has been valued to make it visitable ”.

It should be remembered that this is the sixth town where the Foundation has its Llonja de la Cultura. The other five are: El Verger, Pego, Pedreguer, Dénia and Els Poblets. Thus, during 2020, the organization has carried out more than 150 actions, and has collaborated with many artists.

36.854
4.285
11.245
2.150
We use cookies necessary for navigation and traffic analysis. We do not use cookies that provide us with personal data or advertising cookies.
More optionsACCEPT
Manage consents