It is one of the most successful Valencian groups today, which is filling venues and squares throughout the state. In addition, they are partly responsible for arousing interest in Dénia for concerts in Valencian (or interest in programming them, at least). They are La Fúmiga, a group that knows the capital of the Marina Alta well and that will return this year on a very special date. 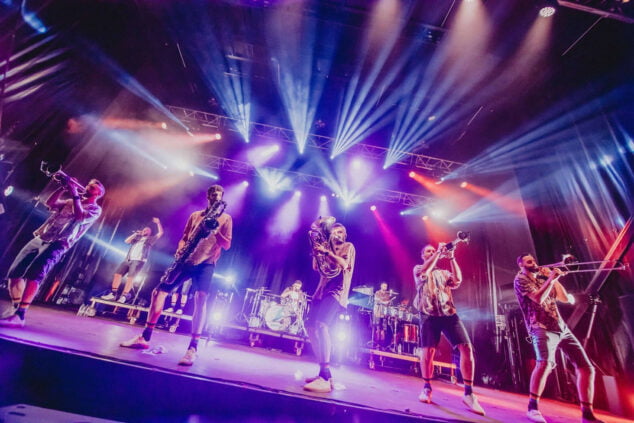 La Fúmiga during a concert

The new concert of La Fúmiga in Dénia will be on October 9, a date that since 2019 has been set aside to program this type of concert focused on young audiences. Last year, it served to bring, among others, Xavi Sarrià and recover Maluks and Zoo, a year after El Diluvi came on stage. But it all started in 2019 when this programming premiered, in the tiny wasteland of Marqués de Campo and during the week, a Fúmiga that hasn't been shot much, with only one record and already with many followers.

Now he returns, three years later, to the Dianense celebration of October 9. Although it is true that it is not the first time they have come since that year, since the past Christmas they chose Dénia to present their latest album, Photosynthesi, in a meeting organized by the Fundació Baleària. 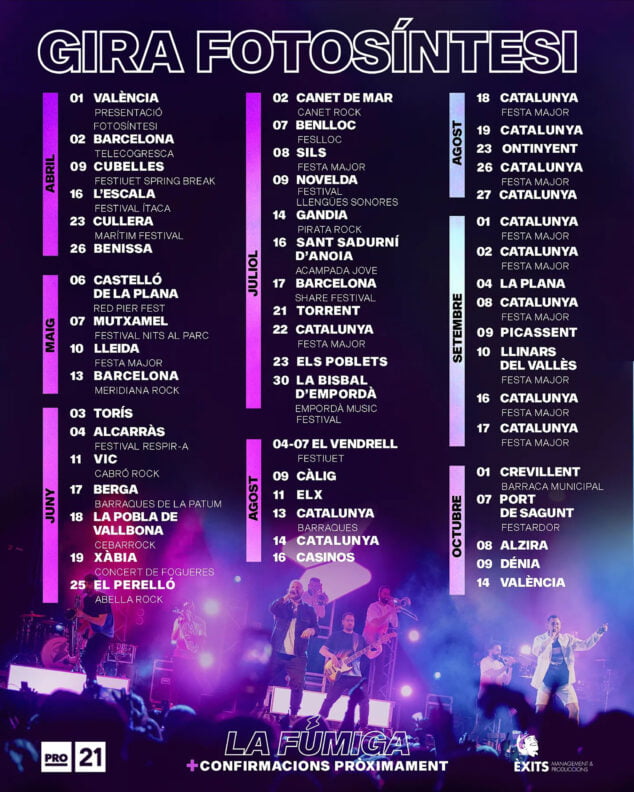 It will be that date, as announced yesterday by surprise on social networks, when we can once again enjoy the group from Alzira on a stage in Dénia. It is unknown if it will be the only concert scheduled this year since the City Council has not announced anything about it.

The Swedish initiative that shielded childhood from the war: history of the Hogar del Niño de Dénia
November 18th 2022

The «VI Fira Marina Alta with 5 sentits. L'oïda» pays homage to the musicians of the region in Ondara
November 14th 2022

The fall from grace of a monument in Dénia: looking for the remains of the Sagrat Cor
November 13th 2022

The Andalusian Galleon will return to Dénia, although a little later than expected
November 10th 2022
1 Comment

37.861
4.431
12.913
2.440
We use cookies necessary for navigation and traffic analysis. We do not use cookies that provide us with personal data or advertising cookies.
More optionsACCEPT
Manage consents