Diversity will be awarded in the Fallas 2020

The Governing Board has approved today the bases of the first edition of the prize for the promotion of diversity in the failures of Dénia 2020 promoted by the Department of Equality and Diversity of the Ajutament de Dénia. 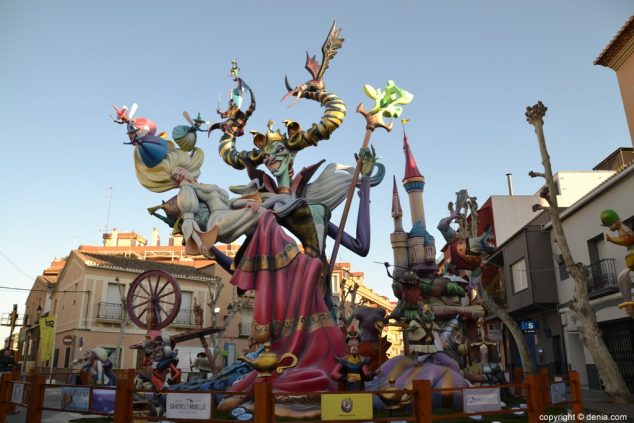 The prize's main objectives are to make visible and normalize diversity in the field of city failures, address sexual, gender and family diversity, contribute to a more inclusive and egalitarian society, free from discrimination, and fight against LGBTIphobia . For the area councilor, Javier Scotto, “It is very important to create this award in the fallero field, since due to its roots in society, the failures are an essential vehicle instrument to transmit the values ​​of equality and diversity”.

All the failing commissions of the city can be eligible for the prize, which they have until March 2, 2020 to submit the application and additional documentation through the electronic headquarters of the City of Dénia.

The projects that opt ​​for the prize must necessarily contain, in the planted fallero monument, a scene that explicitly refers to the purpose of the prize. In addition, the rest of the scenes must also be respectful of human dignity and written criticism will have to use an egalitarian and inclusive language. On the other hand, the activities that aspire to this award, such as public events falleros, talks, workshops, web pages, librettos or invitations, will have among the objectives the promotion of LGTBI + diversity and its social inclusion.
The prize for the promotion of diversity in failures is unique and is endowed with 500 euros and pennant.

On the other hand, the Board has approved the bases of the prize for the promotion of equal opportunities between men and women in the failures of Dénia for the year 2020, which contain an important novelty for the participants. This year, with the intention of encouraging participation, the council will increase the allocation of the prize, which goes from 200 to 500 euros.

The award celebrates this year the fourth edition and since it began to be released in 2017, it has been won by the Bajo el Mar district.