Since 2010 installed a sewage treatment plant in the Monte Pego urbanization, the dumping of waste and sewage into the Pego-Oliva Marjal natural park has become a headache for residents. Their complaints have been transferred to the Town Council of Pego and to the Conselleria, without obtaining any response.

This Monday, the neighbors arrive in Brussels to move the problem to the European Parliament, so that it can solve this situation. 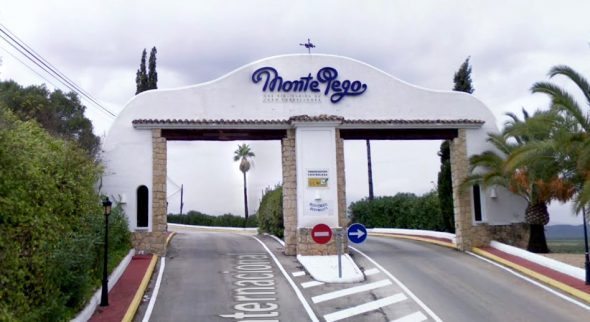 The neighbors are not alone. In this claim they have the support of Esquerra Unida. Her MEP Marina Albiol recalled that "For years there is an absolute lack of control in the discharges, and it is the neighbors themselves who, in the face of the ineffectiveness of the municipal authorities and the Ministry, are carrying out the analyzes that show that the polluted waters harm an area of ​​great natural value (...) From Esquerra Unida we will support you to stop an environmental and public health problem that nobody seems to want to face ".

For the MEP "It is a clear violation of the Habitat Directive, because it is causing obvious damage in the Natural Park, which is part of the European Natura 2000 Network ... In addition, if the sewage reaches the rice paddies, it could be breaching the regulation on food safety and seriously harm local producers and the prestige of the appellation of origin ".

For its part, the coordinator of EUPV in the Marina Alta, María José Gómez-Pimpollo, highlights that the City of Pego is not concerned about the problem "and thus causes damage to the surroundings of the region", since the urbanization besides occupying the terms of Pego, Dénia and the Ráfol de Almunia, "it can affect with its spills in aquifers that supply other localities, and to a unique natural heritage and of enormous importance of the Marina Alta".

Gómez-Pimpollo herself recalls that the Síndic de Greuges has already pronounced instantly the three municipalities to complete the works of the urbanization: "We know that in urban matters things have been done very badly, largely because of previous government teams from all localities. But what the current Pego municipal government cannot do is hide and not face the problems which must be solved before its consequences are more serious. It is your obligation to tidy up, fulfill your duties with the water purification infrastructures, and guarantee the preservation of the environment ".

Compromís per Dénia proposes to urge the Government to guarantee access to healthy, sustainable and local food
November 23th 2022

How much do Dénia politicians earn? So are the salaries of the government and the opposition
November 19th 2022

37.861
4.435
12.913
2.440
We use cookies necessary for navigation and traffic analysis. We do not use cookies that provide us with personal data or advertising cookies.
More optionsACCEPT
Manage consents