The Castellón athletics track was the scene of the First National Meeting of the Sports Community. An appointment that was attended by 3 athletes from the CA Baleària Diànium, who had the opportunity to compete with some of the best Spanish athletes of the moment. 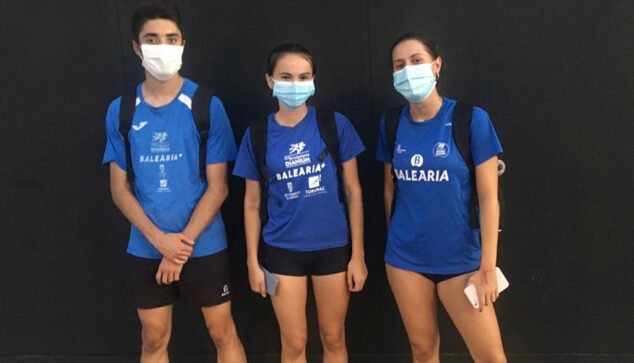 Joan, Leire and Anna in Castelló

Leire Bisquert Molines took part in the 300-meter hurdles test where she managed to be second with a mark of 49.03, only surpassed by the great athlete, as well as footballer, Salma Paralluelo, who achieved the absolute Spanish record in the same race in which the dianense athlete ran.

The Dianense sprinter Joan Pérez Pons ran the 100-meter dash with a wind in favor of 2.0, finishing in eighth place in the Final A. In his series he competed with the current absolute 60-meter champion of Spain, Sergio López, and others sprinters of a high level.

Anna Muñoz Bertomeu participated in the 100-meter dash where she achieved a very good mark by finishing on 13.04, with a wind down 2.0. She occupied third place in Final B of the championship.