Important point achieved by the Dianense-Mena in Elche (1-1)

Important was the point achieved by the senior Dianense-Mena team on the Joventut Elx track, where he tied one in a very serious game of the Blavet team. 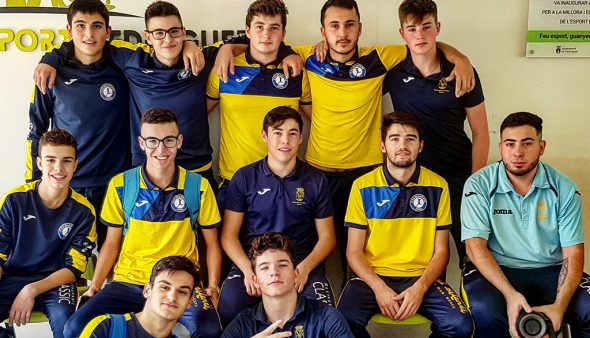 With a very well organized defense, the visitors were able to stop the offensive game raised by the ilicitanos, who were the ones who sent on the track. The solidarity movements in defense of the dianenses prevented excessive gaps from entering the premises.

This great defensive work of the Marina Alta combined caused moments of some anxiety among the locals. There was precipitation in his game and too much desire to make war on his own regarding the illicit players. Although the great domain exercised by the locals had its reward in the last minute of the first half, with both scored by Carrasco.

In the second half, the Dianense, seeing themselves behind on the scoreboard, raised their pressure line to try to steal balls near the local area. The ilicitanos also arrived with great danger on the dianense goal, so both goalkeepers, both Alvaro and Angel, had an outstanding performance.

The prize for perseverance and good game came to visitors in the 32 minute when Borja managed to beat the local goalkeeper, putting the tie to one on the scoreboard. In the final stretch of the clash, despite the push of the ilicitanos, the marker no longer moved. Thus, Dianense-Mena added his third consecutive day scoring, but despite this he is still in the low zone of the classification.