“Only a strong left will be able to stop the rise of a fascist right that is even daring to openly encourage xenophobic attitudes, threaten the banning of parties, obviating the country's long democratic tradition, and denying such serious events as violence of genre". With these words, the secretary of PSPV-PSOE Denia, Vicent Grimalt, has asked for the vote for the socialist candidate to preside over the central government, Pedro Sánchez. “The situation of blockade of the last months benefits the right”, he said, calling for the mobilization of leftist voters on Sunday. 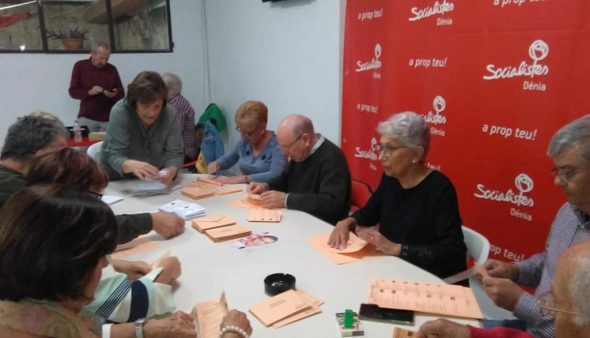 In addition, Grimalt has insisted that a strong government of the PSOE in Madrid “It will also be very good for our population, where citizens have already opted, last May, for progressive, modern policies with a strong social component of the PSOE. The result of that trust is the absolute majority with which the team of socialist rulers in Dénia governs ”. In addition, remember that certain issues still pending and very important for the city, such as the Dénia-Gandia wide-gauge train or the new National Police station, depend on the central government, so "a good tuning between the two administrations would speed up these historical claims".

“We want the same for the rest of the country. That the PSOE project, adapted in a Spain that wants to grow and abandon old tics that citizens can no longer identify with, can develop with stability ”.

Vicent Grimalt has cited some of the big problems that “They need a stable and progressive government”: the improvement of the labor market with policies that favor the creation of companies and guarantee the quality of workplaces; the scourge of gender violence, "Before which there is no possible doubt, there is and must be faced with legal measures and social awareness"; environmental degradation; the integration of immigrants; the territorial conflict, among others. "Current realities of a country", according to Grimalt, "in constant evolution that supporters of the right, increasingly closer to each other, try to hide on the basis of populism and simplistic arguments that even encourage hate".