Gandia and Dénia faces are in need of scoring

The competition in Group VI of the Third Division, tomorrow brings us a duel between Gandía and Dénia. A clash that will be played in the "Guillermo Olagüe" gandiense at 17 hours and will be arbitrated by Bañó Solera.

Both teams need the win to avoid cundan nerves in either locker room. The La Safor carry a streak of five games without a win. They have taken two points from the last fifteen disputed. The march of Dénia is not much better, as the Marina Alta three games without a win, which had become a point of nine matches.

One of the great attractions presented this intercomarcal duel, is that some players will face not too long ago have worn the shirt of what will be their rivals.
In the past Dianense found Gandia with the goalkeeper Iván Vidal, and José Jaime Pomar. While in the past Dénia with gandiense are; Garrido and Gervasio.

The shock is presumed to be a chess match in which both coaches will try to move their chips to surprise the contrary.
The presumed initial eleven in the Dénia could be formed by; Nico in the goal, with a defensive line with; Alex, Escobar, Garrido and Baxauli. With a double pivot pair with; Gervasio and Ferrán. Acting in the center of the field; Dani García, Carlos Ribes and Victor. While as a man would be more advanced striker, Roberto. 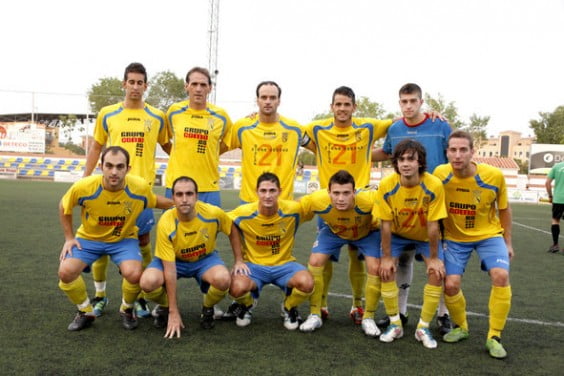 Dénia a starting lineup this season.