After an exciting final, the Dominican Nick Hardt manages to beat the French Calvin Hemery 7/6 (3) 7/6 (5) at the Toneo Orysol, which has celebrated its 42nd edition this year. 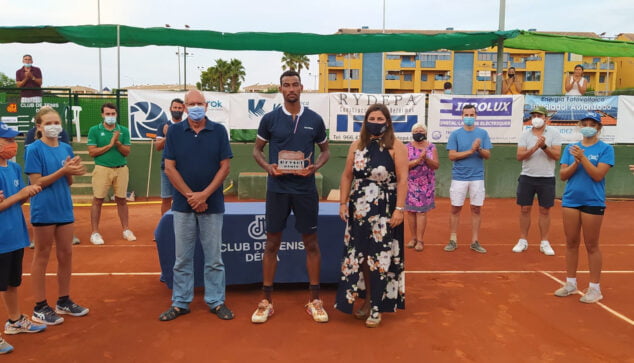 Nich Hardt celebrating his victory in the Orysol tournament

At the end of the delivery, the champion, Nick Hard, addressed a few words to the public thanking them for their assistance and the support shown throughout the tournament, he also thanked the organization of the tournament for the effort made, his coach and father who accompanied him in this tournament and his academy.

After a week of intense tennis, the XLII Orysol ends, highlighting this year the great level that all the players have shown throughout this week.

The Tennis Club wanted to thank partners and sponsors for making the tournament possible.

37.861
4.437
12.913
2.440
We use cookies necessary for navigation and traffic analysis. We do not use cookies that provide us with personal data or advertising cookies.
More optionsACCEPT
Manage consents