Félix will say goodbye to the pilot in Dénia next month, where he will receive a tribute

The end of the year is approaching and therefore the retirement of Félix Peñarrubia, who when the course ends will close a successful sports career that has lasted for twenty-seven years and thanks to which he has become one of the most relevant mitgers in history. recent sport of the Valencian pilota. 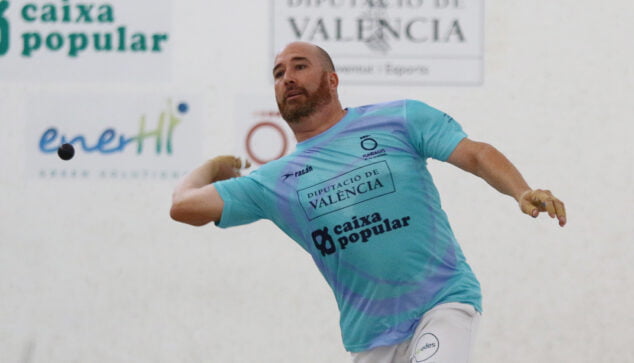 Felix Peñarrubia during a game

To recognize his career, the Fundació per la Pilota Valenciana has programmed, with the collaboration and consent of Félix, two tributes so that he can say goodbye to the fans and receive their appreciation for the last time dressed in white.

The first opportunity to thank Félix for everything he has done in the pilota and for the pilota will take place on December 17 at the Pelayo trinquet, coinciding with the closing of one of the most important events of the season, the Trofeu Mestres.

The next day, Sunday 18, Félix will play his last game as a professional in the trinquet of his town, Dénia, where he will also be honored. The confrontation already has a poster, chosen by Félix himself. On the one hand they will form Pere Roc II and Javi, while Genovés II, Félix and Héctor will be on the counter.

It should be noted that Genovés II retired as a professional on August 31, but Félix wanted him to participate in his last game, a request to which he has gladly agreed.

Félix will close his stage as a pilota professional at the age of forty-three and with an impressive track record, since the one from Dénia has won all the team championships in the escala i corda modality, especially highlighting the three leagues won, a Cup and two editions of the Trofeu Mestres.

Félix retires being at the top of the professional ladder. “People still make me a little hesitant because I play a good game and they tell me to think about it,” he says. "But there is no going back. I made the decision at the time being very thoughtful. I am aware of my age, I am aware of the moment and it is time to leave it being well to play. I think there is no better way to put the final point », he adds.

DBC SUMA 1 Nacional is defeated by Vila, group leader of the category
24 January 2023