The Dénia bus station is located next to the courts, at the entrance of the city. The passenger infrastructure is one of the historical claims of citizens and visitors of Dénia, and one of the projects that have been carried out with the Trust Plan of the Generalitat Valenciana. 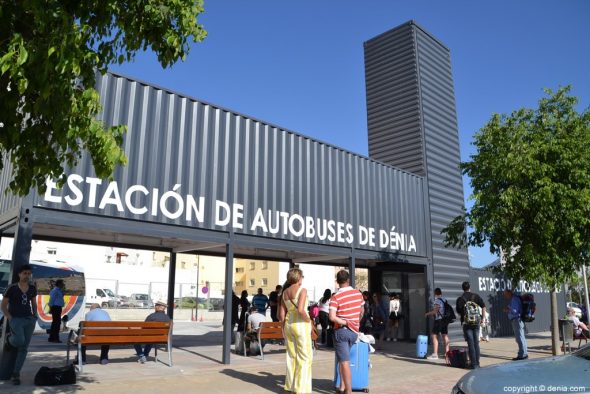 From the Dénia Bus Station, local, national and international coaches arrive and depart. Although the infrastructure is not suitable for a city like Dénia, here there is also a taxi rank that facilitates the transfer of travelers to their destination in the city or in the region.

From Denia you can travel by bus throughout the Spanish and European geography. Among all companies that go through the city highlights Alsa, which serves all days of the year, and is also the only one that has a ticket office at the station where you can buy tickets at any point.

The destinations with more buses throughout the week are Valencia and Alicante, as they are also the most requested by travelers. They are also among these destinations Gandía because, in the absence of a railway line that links the capital of the region of La Marina Alta and La Safor, the traveler is forced to use the bus, the only means of transport that connects the two cities.

Other frequent destinations from Dénia are Madrid, Barcelona or the south, while companies whose buses stop in the city travel to many destinations.

Still you not know the bonobos to move around Denia? Find out thanks to Denibus
08 November 2016

Your airport transfers are easy and cheap thanks to Beniconnect Travel Agency
June 09, 2016