Spain returns to decree the state of alarm

Pedro Sánchez announced early this afternoon the new state of alarm that goes into effect this afternoon. However, this decree will be adapted to the particularities of this second wave, which does not affect society in the same way as the first, lowering mortality, the average age of infection and hospital admissions. 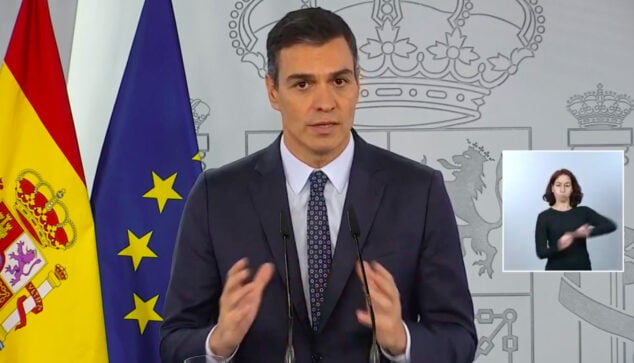 Pedro Sánchez's announcement of the new state of alarm

"It is the most effective tool to win the battle against the virus"Sánchez insisted on his appearance. Among the new measures, the imposition of a curfew throughout the state from 23:00 p.m. to 06:00 a.m. stands out. However, the autonomous governments could advance or delay one hour of the strip where mobility is restricted, so the Valencian Community would maintain the current curfew without being affected.

In addition, this decree will allow the autonomies to decide to limit the movements, in and out, of their territory, as well as confining both their entire geography and specific municipalities. On the other hand, they may apply a limitation of meetings in public and private spaces to a maximum of 6 people.

The most striking thing is the duration of this state of alarm, since the intention is to maintain it for 6 months, until May 9. Now, you will have to seek support in Congress every 15 days.

Although it is true that it does not imply great changes to the Valencian Community regarding the new measures, means the necessary support so that justice does not overturn the new restrictions. Of course, these measures will no longer be limited to a few weeks as the Government intended, allowing more freedoms in the Christmas campaign, but must be perpetuated until the central government concludes the state of alarm.