ERPV criticizes the City Council for its plan to sterilize pigeons

The Dianenses representatives of Esquerra Republicana del País Valencià have been forceful against the Plan to end the pigeon plague that was made public a few weeks ago by the Department of Ecological Transition of the Dénia City Council. 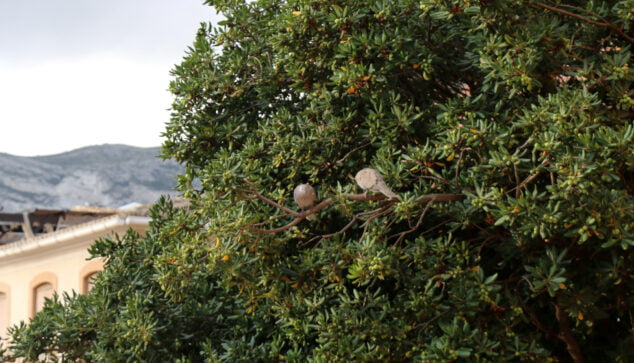 In this plan, the local executive was betting on the creation of feeders with contraceptives to put an end to the growing population of pigeons in Dénia, which the ranks of the Republicans have received with displeasure. "The council should change the name to Ecological Intransition, since that seems to be their goal ", notes the formation.

According to ERPV, several reports from technicians and researchers advise against these practices, pointing out that the use of chemo-sterilants to control pigeons also affects other species of birds.

That is why they urge the government to reverse this plan. "Although, we expect any mess from a councilor who has despised the algae treatment plant, authorizes the felling of protected trees, allows parks and green areas to be used as parking lots and laughs at the LIC / ZEPA of l'Almadrava", criticizes the Republican Party.

Balance of the PSPV of 2020: "Hui acomiadem, per fi, one of the most complicated years of the last decades"
December 30 2020