The summer season in the elite pilota has just begun and in fact one of the most important events of this part of the year is already underway, the Trofeu Diputació d'Alacant, which after completing the first two qualifying rounds of the quarterfinals final rests until next Saturday, when it will move to Petrer's trinquet.

During the months of July and August, different tournaments will take place with a shorter but intense format, as is the case of the Trofeu de Dénia, which will take place over three luxury days corresponding to the two semifinals and the final.

The teams have been configured in pairs and, as is the norm, the presence of pilotaris from the Navy has been prioritized, who also enjoy the status of first figure, as is the case of the climbers Pere Roc II and Giner or the mitgers Thomas II, Felix and Pere. It will also be part of the French game of Petrer, much loved by the fans in the area. 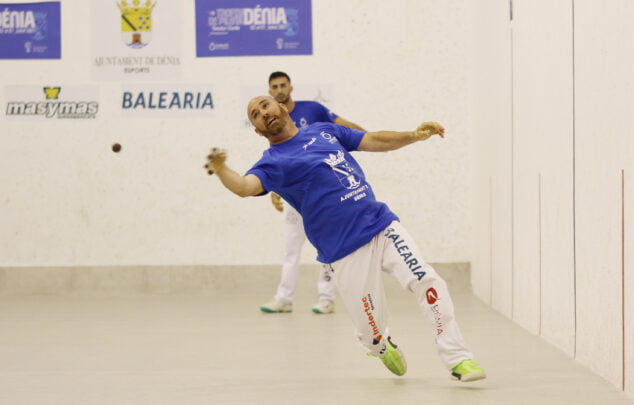 Felix in a pilot game

The exception is given by two players who arrive from the province of Valencia, although it is fully justified. And it is that the tournament will feature the number one in the escala i rope modality, Puchol II, who arrives as the brand new individual champion after winning his fifth title in the heads-up competition. The driver from Vinalesa will be accompanied by the young Hilari from Beniparrell, who is increasingly present on the most important posters.

All the games will be played at the El Rovellet municipal trinquet in Dénia and the first semifinal will be held next Friday, July 8. And what better way to start than with the pilotari of the moment, Puchol II, and the local figure, Félix, with Hilari and Francés as their respective dance partners.

The second semifinal will be completed on Sunday, July 10, now with Giner and Pere measuring their strength against Pere Roc II and Tomás II. The end of the party will take place a week later, on Sunday, July 17.