This Saturday, May 15, at the Social Center of Dénia, the rewards granted by the Fallera Central Board of València and the Local Board Fallera from Dénia to the falleros and falleras who have fulfilled the time that is established for the different distinctive, in the case of the smallest, to the adults, within the world of the failures (copper, silver, gold, gold and bay leaves and gold, bay leaves and brilliants). 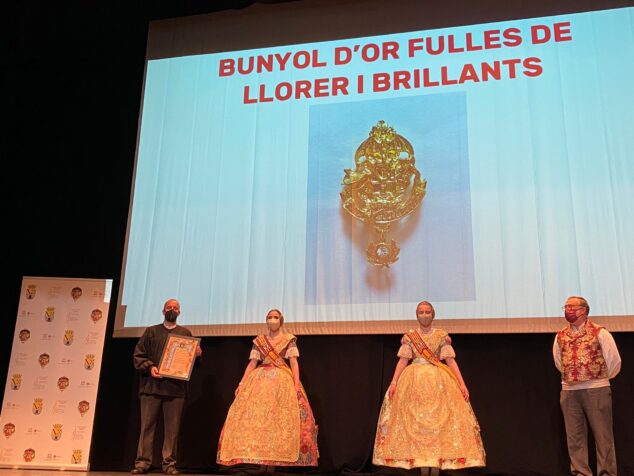 As a novelty, the act began with the ballet of the Cuqui Ivars academy, in which our Fallera Mayor Infantil, Martina Gimeno, participated.

In a scenario very different from that used by this award ceremony, the increase in participation stands out, since it takes place annually in an events room where the gala dinner is traditionally held afterwards.

This event has been attended by all those children and adults who collected their badges, as well as different charges of the Dénia failures which, according to the Local Board, see in good eyes that little by little this type of celebrations are being made.

In the same way and as usual, the COVID-19 protocol has been complied with.

The Three Kings Parade in Dénia: when is it and where does it go?
05 January 2023

'A Christmas for History': the guided tours of Dénia for these dates
December 16th 2022
Leave a comment

37.861
4.443
12.913
2.460
We use cookies necessary for navigation and traffic analysis. We do not use cookies that provide us with personal data or advertising cookies.
More optionsACCEPT
Manage consents