There are more and more "lifelong" locals who decide to lower their blinds in Dénia. A reality with which we live looking the other way while we join the new business dynamics that directly affect small and close commerce. With the intention of preventing the spread of this wave of closures, the Popular Party has demanded greater action by the City Council, proposing several measures with which, according to the formation, to be able to stop these closures. 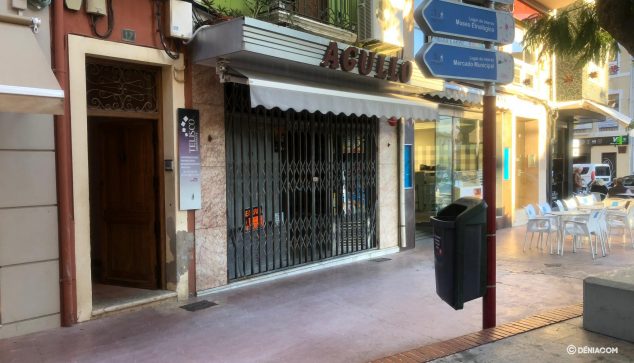 Closing of the pastry shop AgulloÌ

"Protection and support to traditional businesses should be a priority to avoid the total loss of the nearest trade", the popular dianenses point out. The municipal group declares that Dénia has traditionally been the cradle of small businesses that have enriched the special habitat of a prosperous, dynamic and diverse city. However, they claim that now Dénia "It is becoming a large cemetery of premises, blinds down and signage is transferred".

The Popular Party, in this way, insists on proposals that describe how "Logical, easy to implement and that do not require more but a willingness to help and support". Among them, they propose that businesses have direct participation in the start dates of the programmed pedestrianization in the center of Dénia, elaboration of more municipal promotion programs to boost consumption in low seasons, streamlining procedures for openings, and the creation of a web commerce portal.

To these they have added several initiatives of fiscal support such as the creation and management of a census of available commercial premises, creation of a plan for the renovation of commercial establishments and the application of fiscal incentives by means of the reduction of opening rates, occupation of public roads, urban waste, IBI and incorporation of the free blue zone for customers for commercial purchases.