The Popular Party of Dénia regrets, through a statement, the statements made by the mayor of Els Poblets in which she stated: "The mayor of Dénia told me that if we assumed the management of the beach we would take a problem off of it". 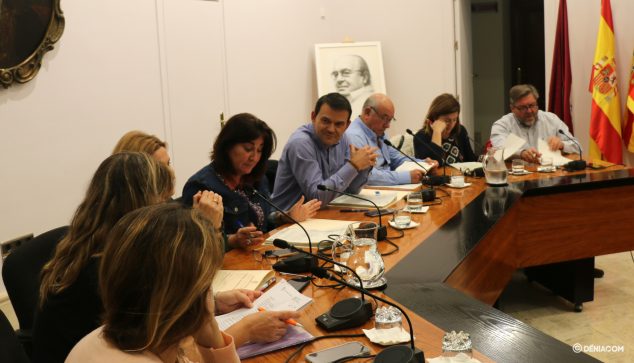 Intervention of María Mut (PP) during a Plenary

From the Popular Party they ask Grimalt to measure their comments more since in this case "They demonstrate their lack of tact and empathy with users who have complained bitterly this summer about the manifest lack of cleanliness of the beaches".

Not being enough, Vives also indicated that “The state of the beach all summer is shameful”, showing that the large number of complaints about their situation, and in particular that of the Almadraba, have been the result, according to the PP, "of the lack of coordination and efficiency of the beach cleaning company and, therefore, of the lack of control of our technicians, and much worse of the lack of sensitivity of the policy makers".

The popular remember that, although it seems a lie, both munícipes are from the PSPV, but in this case they do not go to one. You live, having the beach in question closer, denotes that you have seen with greater objectivity the unfortunate state of this beach.

Even so, the Dénia Popular Party affirms that it will support the local government in any action it carries out and "That defends the general interests of our citizens, offering their collaboration in what they may need so that the integrity of our municipal term is not affected in a single meter".

The PP urges the executive, to "To have sufficient sensitivity, and invite all political groups, to be an active part in such an important issue as the realization of the new specifications for cleaning our beaches. This issue is capital for the development and sustainability of our economy, and directly involves a lot of jobs, apart from preserving our beaches and balancing our ecosystem with our economic engine ".