The Joan Fuster pavilion hosts, this Saturday at 18 pm, the handball classic in which the faces of Garbi Dénia and Villa Blanca Altea will be seen. The rivalry between these two teams has always been maximum. The good fans have lived great duels between both formations in higher categories and for several seasons in the 1st Autonomic. 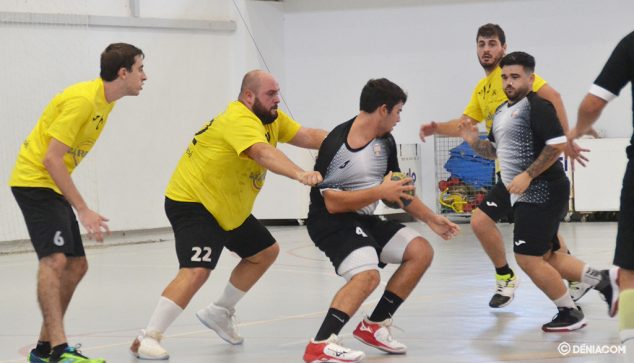 The Dianense defense during a match

The combined capital of the Marina Alta comes to this clash after achieving a tie at 25 last week at the leader's house, Handbol Ibi. A match where the boys led by David Salanova gave the stature. They showed their best image and put in check a Ibi that had to be used thoroughly to not fit his third defeat of the season.

The dianenses when they are with the complete workforce win many integers and are not inferior to any other team. His irregular march this season is motivated by the streak of injuries that have been suffering. With a short template, this is noticeable and takes its toll.

From the Dianense club the fans are asked to come in good numbers to give atmosphere in the stands. The team needs to be surrounded by their followers given the importance of this meeting.