The parade of floats He has returned to the streets of Dénia on Saturday afternoon. After three years without being held, the expectation was enormous, with thousands of people along the route wanting to witness this triumphant return. 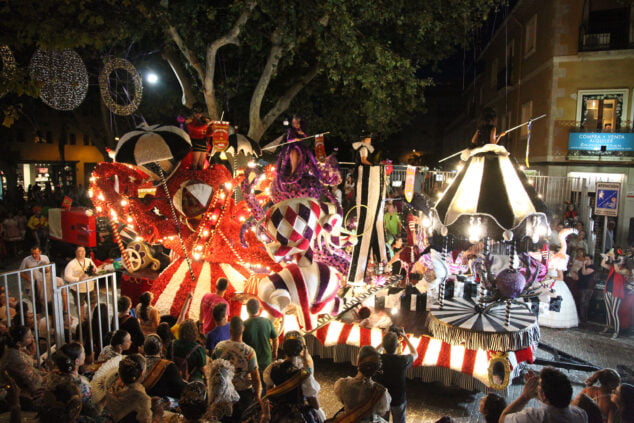 The eleven Fallas commissions of Dénia have toured the city center with their colorful and fun proposals, giving everything to convince a jury that this year will have had a very difficult time. However, although the level was high, only one could win the Best Carriage 2022 pennant. This year it has been the Baix la Mar fails, with its Octopus Circus float created by the artists Sergio García Signes and Miguel Ivars, which has won the first prize.

37.861
4.438
12.913
2.440
We use cookies necessary for navigation and traffic analysis. We do not use cookies that provide us with personal data or advertising cookies.
More optionsACCEPT
Manage consents