Garbi Dénia will try to stop the undefeated Handbol Ibi

El Garbi Dénia will try to stop one of the two teams that add their matches for victories: the Ibi Handbol, a team that this Saturday will visit the Joan Fuster pavilion. In that scenario, the Dianense team will be measured in a game that is presumed very competitive and exciting. 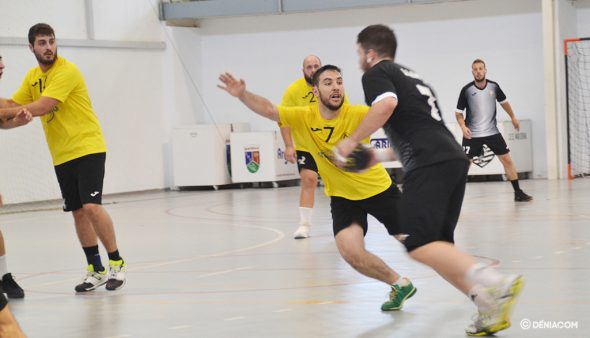 The dianenses arrive at this day also undefeated, but the difference is that their rival has won the four meetings and the three dianenses plus a draw that added in his own fief before the Santa Barbara Monover (29-29).

The kids led by David Salonova were able to recover very well from the stumble suffered at home, as they won with total clarity on the Almoradi track (21-35). After the week off due to the interruption of the championship, the Dianenses have had time to prepare the game.

The coach has made his men see the vital importance of making a good defense. The intensity and depth with which the Garbi Dénia usually play has to serve to break the circulation of the rival ball, in addition to causing errors in delivery and, above all, to be able to leave in rapid transitions that allow scoring goals in frank advantage .

For this meeting David Salanova will be able to count on the majority of his players, something that is also important in order to be able to make rotations with his bench men. It takes all of its troops to face a game as demanding as it will be.

The group that María Cristina Aragón directs stands out for being a block where each player contributes positive things. He does not have a player who stands out from the rest and bases the success of his results on collective work.

The Ibi Handbol is a rival to which the Garbí Dénia He will try to leave in his locker of goals below the 26, if this is achieved by the Dianenses they will have many options to add a win that places him at the top of the classification, in pursuit of the Villa Blanca Altea.

From the directive of the Dianense team a call is made to all the fans of Dénia and the region to come to lend their support. Admission is completely free and players will appreciate all the help that comes to them from the stands.

The weekend is completed with the three games of the base teams: on Saturday at 9.30 hours the Male Cadet against Sant Joan and the Children's Infant at 11 hours also against Sant Joan, both games will be played in the Joan pavilion Fuster The Cadete Femenino team closes the weekend, moving to Alicante on Sunday to face CD Agustinos at 10.15 hours.