The Dénia fit the second consecutive loss to lose in his visit to the Sports City of Villarreal by 2 to 1.

Start things got bad for dianenses because with just 11 minutes, had already conceded the first goal. The home team came out pushing hard to Dénia. Paco Cuenca team was surprised and Villarreal had his first big chance on a penalty not transformed thanks to the good by the keeper Nico Dianense. The Dianense keeper could not stop the shot Tomillero Samu, who announced his team on the scoreboard.

Dénia reacted well with a shot of Dani García and a duel between goalkeeper Cristian and Villarreal, which was resolved in favor of the home keeper.

When Dénia was playing better, the second penalty came against, this time, by knocking down the Dénia goalkeeper over a local forward. The maximum penalty was launched by Iván Aguado, scoring the second goal.

With the score against the Dénia he risked more in the second half, but his insistence award came much too late. A lack of 3 minutes left, Roberto shortened the difference on the scoreboard. But there was no time for much more and Dénia 2 to 1 fell.

INCIDENTS: A 200 spectators at the Mini Estadi Ciutat Esportiva of Villarreal. 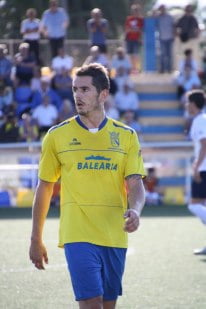