CFS Mar Dénia returns sunk from Manresa, where he lost by 13 to 1

Horrible start of CFS Mar Dénia who had not yet played the first minute and had conceded two goals. Jordi Durán's men slept and paid dearly. The dianenses did not enter the game and that forced coach Durán to have to ask for dead time to clarify his ideas. 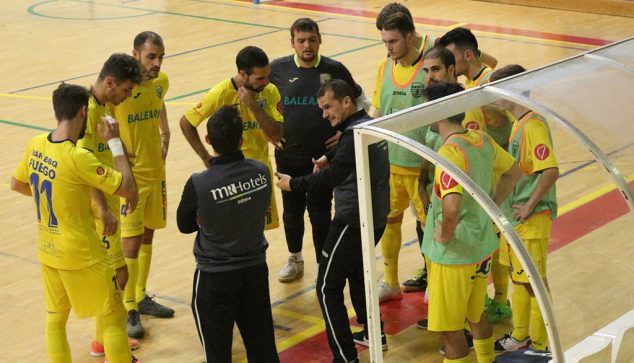 Bench of the CFS Mar Dénia

After the clarification of ideas, in the minute 3 the 3 arrived at 0 with a distant shot that surprised Roque. The Dénia Sea reacted well and, after the kick-off, Juanjo managed to shorten the differences and put the 3 to 1.

From that moment, the game went crazy with arrivals on both goals, but the dianenses were unlucky in their shots. Who was more accurate in the face of the goal was the Catalan team that in the minute 13 scored the 4 to 1. Something that hurt the morale of CFS Mar, who saw how 2 minutes later fit the 5 to 1. Moments later the local Aaron scored the 6 to 1.

In the absence of 3 minutes to rest, Durán ordered his team to play with player goalkeeper looking for the dynamics of the match. But nothing was fixed with this decision, coming to rest with 7 to 1.

The thing got worse in the second half. The dianenses did not get anything and the local goals came one after another. The image offered by the players of the Marina Alta team was very bad, the worst they are reminded of since most of them arrived at the club.

The team barely struggled to improve its image and much less to cut the score, against an opponent who took advantage of the bad game played by the team that ended up beaten by 13 to 1. A historic win conceded by a Dénia that should improve a lot, both in image and in play, in view of the next commitment with which they will say goodbye to the year 2019.