CFS Mar Dénia wants to break his bad streak of results, although he will not have it simple in the clash this Saturday, which will play in the “El Pujolet” pavilion in the Catalan town of Manresa, at 18: 30 hours. 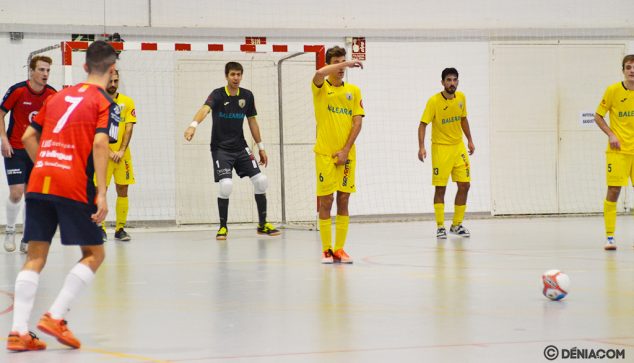 The dianense expedition travels with the intention of surprising Manresa, who is presented as a firm rival. In his own fief he becomes very strong, as he showed last day against Hospitalet, one of the greats of the group, with whom he tied for three goals.

In the Mar Dénia the week has evolved better than the previous one, since the team, despite having to continue moving to the Ràfol pavilion to complete its preparatory session, at least has not had leaks and has been able to do it with total normality. Even on Thursday's session, he took advantage of a team from the Chinese Super League, the Shanghai University of Science, which beat 10 to 1.

The technical staff, headed by Jordi Durán, has the leave of César, Edu Romany, David Jaén and Nico, who remain in the dry dock. This is joined by a Curro that will fulfill its second penalty match.

The Catalan formation led by Sito Rivera has important players in its ranks, which will have to be closely monitored. Rivera usually goes out with a quintet formed by Aleix under the sticks and with Lavado, Santa, Josan and Assisi as field players.

Dianenses fans will have the opportunity to follow live the clash played in Manresa through the website, futsalmafer.tv.