CFS Mar Dénia faces the last day of the year 2019 in Group III of Second Division B, futsal, with the need to have to win so as not to fall into the relegation places, of which now, it is only one point .

The dianenses are obliged to show a very different face from the one offered in the Manresan pavilion. The clash will be played in the Joan Fuster pavilion, this Saturday, at 18 pm, in front of La Unión Penya Johan de Santa Coloma de Gramanet.

It must be said that more than recovering their usual level of play, what the team led by Jordi Durán needs most is winning. The last six losses have caused the team to be located just one point down. His players have fallen morally and need to get up. 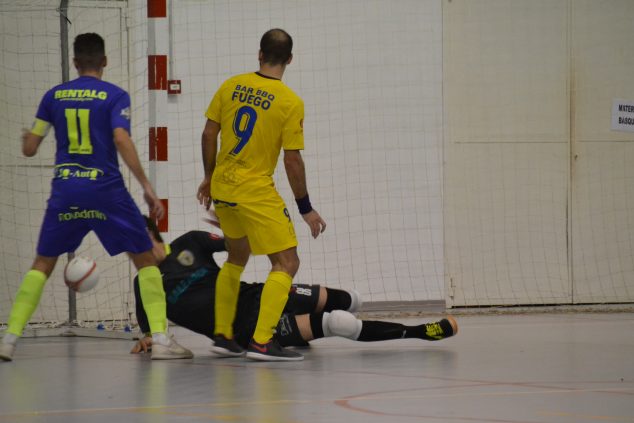 The Dianense goalkeeper Sergi in an intervention

Self-confidence is something that is urgently needed to recover and from that point on, grow as a team collectively.

In the physical aspect of the workforce there are few novelties since David Jaén is still in the dry dock, César is another man who is doubtful for this clash just like Ferrán who was injured in Manresa and will not return until the resumption of the league the clues. The best news for dianenses is Curro's return after serving his two-game penalty.

For its part, the Catalan team knows that they travel to Dénia with the intention of fishing in the scrambled river that is now the Dénia Sea. His march in the league is not good either. In the last six weeks he has not known victory. It is expected that the fans go to provide maximum help to the team as they will need it. Now, more than ever, the support of the fans is something that can come in handy to some players who have the goal of going on vacation with a win.