The CFS Mar Dénia returns to the Group III competition of the Second Division receiving the visit of the Pallejà in the Joan Fuster pavilion. The clash, which will begin at 18 pm, will also be the first of the second round of the league. 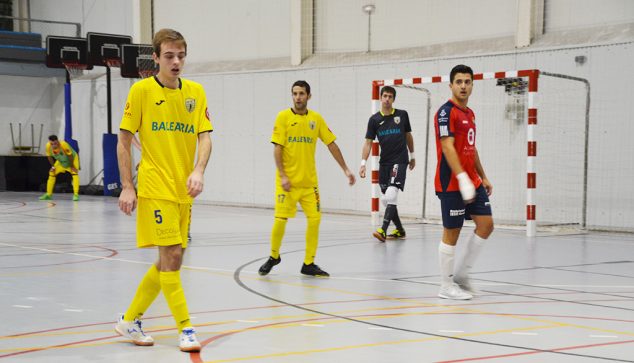 Nico in a game of the Dénia Sea

The Christmas break has come well so that some players who were touched have been able to recover, as is the case of David Jaén, an important man for the team, or César. The bad news is that Edu Romany, after having the resonance, his foot has been cast for what he has a month with the immobilized member and one more for his full recovery.

Facing the game against the Catalan team, in the Dianense locker room there is a good atmosphere and optimism to get the game going. Three very important points would be added and that would reinforce the morale of the entire team at the start of the second part of the league.

The opponent measured by the boys directed by Jordi Durán is penultimate in the standings having won 4 games of the 15 he has played. He is a rival who needs to win and, in this way, dianenses can climb positions in the standings and move away from low positions.

The idea in the Dianense costumes is not to forgive the Catalan team, to demonstrate that they are superior and in this way resume the path of victory. In this phase of the league, the Marina Alta team needs to have the regularity that was lacking in the first part.