In the last preseason game, CFS Mar Dénia had a remarkable performance against San Joan Sporting, a team of the XV group of the Third Division, which beat 5 by 0.

In a pavilion full of fans, the dianenses went out on the track with very clear ideas, play the ball very fast and make many movements of players. The intensity of the groguets was capital, and in this situation, the visitors had problems when it came to taking the ball played from behind. 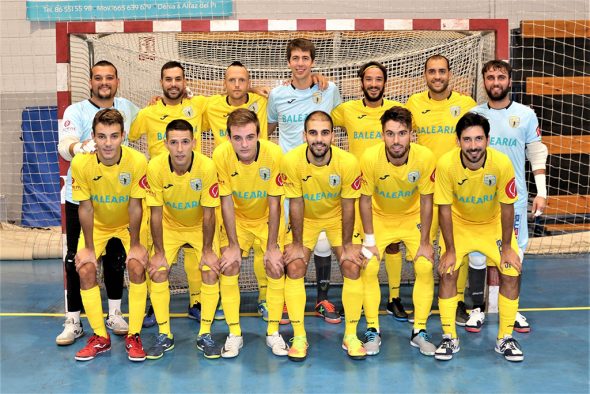 The Alicante managed to stop the local attack, so it cost the CFS Mar Dénia a lot to open the rival defense. It was in the 13 minute when Lluis Llinares managed to score after a nice collective play. A goal that hurt San Joan Sporting since a minute later and in complete confusion they conceded the second goal, also by Llinares.

With the clear advantage on the scoreboard, the boys led by Jorge Durán did not lower the intensity in the game, continued to dominate and the third goal came by Omar, who culminated a beautiful play with great success. With the score of 3 to 0 the rest of an entertaining match was reached. 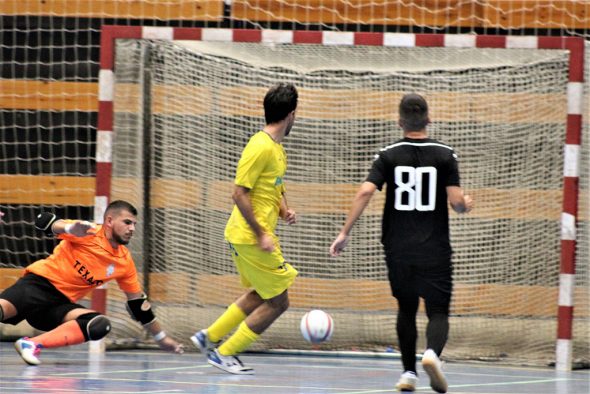 Llinares scoring one of the local goals

In the resumption, few things changed, the local domain was increased by taking the visitor set a step back. The San Joan defense preferred to wait for CFS Mar Dénia in their own field, and that complicated the Dianense attack. There were barely any spaces and he lacked some speed in the movement of the ball.

In the absence of five minutes to go and in full Dianense domain, the 4 arrived at 0 in a play that the Latvian player, Panvel finished with an accurate shot. In the final stretch of the clash it was Juanjo who scored the fifth and final goal. 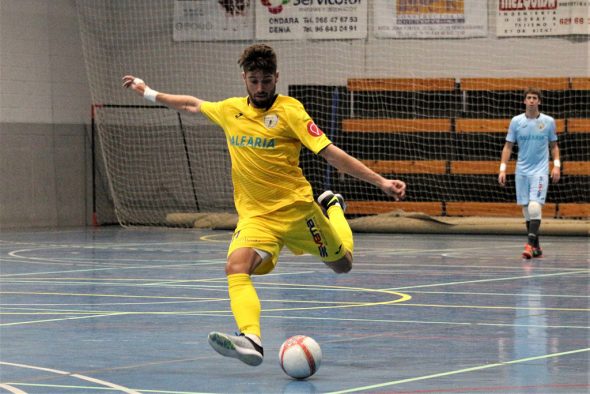 Ferrán shot on the opposite frame

As of now, the team is already focused on its league debut that will be in Catalan lands, specifically against Palleja FS on Saturday at 18: 30 hours, in a clash that will be played at the Palleja municipal pavilion.