CD Dénia starts the second round of the competition in Group III of Preferred, receiving this Sunday the CD Llosa. The clash will be played in the Diego Mena field, at 17 hours, and will be arbitrated by Romero Benítez. 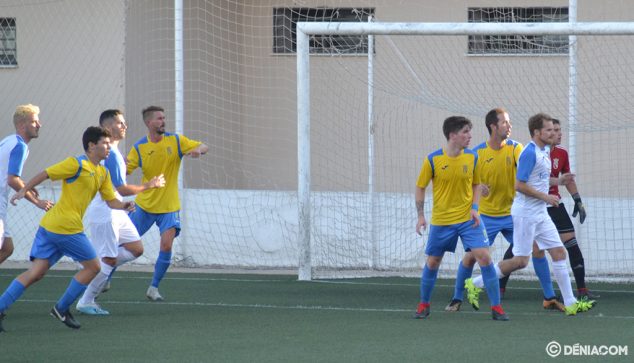 Dénia defense in the clash against Llosa

The good progress of the team, led by Manuel Esteban, in the final stretch of the first round makes him wait for him to ratify it with a victory over a rival who is the colista of the category. The Llosa, which surprised Pego on the last day, seems to have been reinforced to try to save the category, something that is very complicated.

In the dianenses rows the return to work has occurred with the absence of a Coke who has worked outside the group, since it drags some physical discomfort, but that will be in the starting eleven. The only casualty is that of Vicente, who has again had problems in his ankle. The other players are available to play as long as the coach deems it appropriate. Everything indicates that there will not be too many changes with respect to the last eleven that played in the league against the Wall.

“I have told my boys that there is no easy rival and that there is no need to think about winning the game without getting off the bus”, the Dianense coach has affected. Esteban has worked hard on the mental aspect of his men as he is aware of the importance of the three points at stake.