Shortly before midnight from March 28 to 29, 1939, it left the port of Alicante bound for Oran and under the command of Captain Archibald Dickson, the Stanbrook, an old English freighter dedicated mainly to the transport of coal and that that night he evacuated in dramatic conditions the last Spanish republicans who managed to embark for exile. 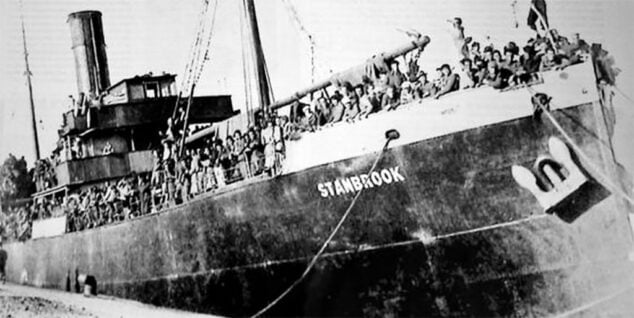 On Thursday, April 22, at 19:30 p.m., the Social Center will host the screening of Helia, memory of l'Stanbrook, by Sergi Pitarch, and Operation Stanbrookby Rafael Arnal and Joan Barres Paulo. These are two documentaries that collect the last trip of the Republican exiles aboard the English freighter.

Admission is free but requires an invitation, which can be obtained or online through www.notikumi.com or at the box office, the same day an hour before.

36.955
4.284
11.245
2.150
We use cookies necessary for navigation and traffic analysis. We do not use cookies that provide us with personal data or advertising cookies.
More optionsACCEPT
Manage consents