The team led by Pascual Miralles went ahead in Joan Fuster in a difficult confrontation against Montemar de Alicante (66-59), and thus closes the first part of the Preseason Promotion Phase (FAP) to Level 1 Autonomous Cadet Male undefeated.

The victory guarantees the boys to play next weekend one of the final matches in which the two places for promotion to the highest competition provided by the Federation will be distributed.

The Dianenses began the game very focused, imposing their defensive capacity and superiority under the hoops, to run quick transitions and close the first quarter with a clear advantage (18-5). 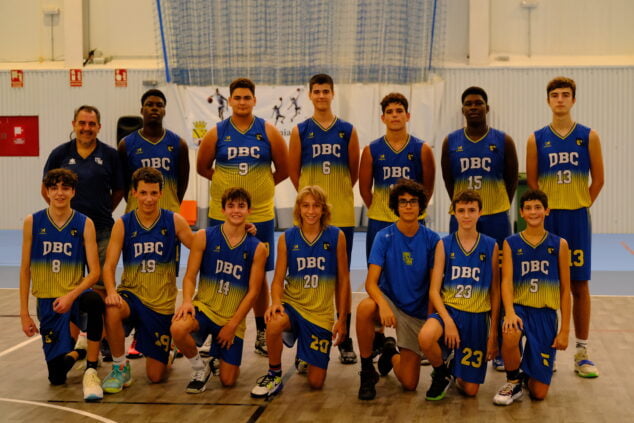 DBC 07 players who will play for promotion to level 1

But Montemar came into play in the second period showing signs of his true potential, reducing the difference at halftime to just 3 points (31-28).

Pascual Miralles' men increased their intensity and again distanced themselves from their rivals after the break, leaving the match practically sentenced (52-37).

The fighting ability of the Alicantinos and their need to give up the shortest final distance possible in order to classify as the best seconds of the three initial groups, did not help them to have victory options again, but it did compress the final result until leaving in seven points the difference with which the match ended (66-59).

In the next few days the rival for the decisive match will be known, which will be one of the other two first in the group, Picken Claret or Don Bosco, both from Valencia. The team determined by a draw to be held at the FBCV headquarters will play as local.

37.861
4.431
12.913
2.440
We use cookies necessary for navigation and traffic analysis. We do not use cookies that provide us with personal data or advertising cookies.
More optionsACCEPT
Manage consents