Many residents of Dénia dream of being able to one day have a house in Les Rotes, Marines or, in short, in the outskirts. More exclusive places, as reflected in the prices of their homes. However, you do not have to leave the urban area to find great barriers when purchasing a property, because within the city there is a neighborhood in which the houses are within the reach of very few. 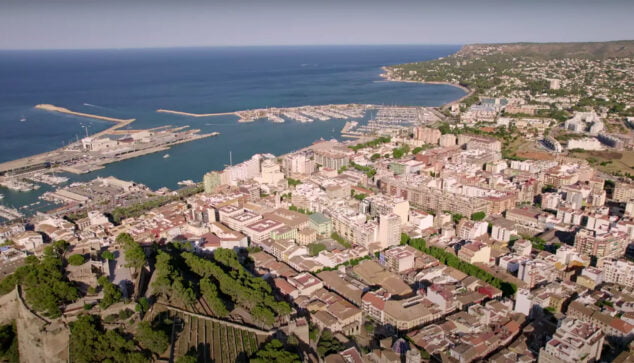 Aerial view of Dénia Castle, with the port in the background

The most expensive neighborhood in the urban area has once again broken a historical record in the value of its homes this last month of 2022. So much so that its prices have exceeded those of Montgó itself, a traditionally exclusive area but where it is already cheaper to live than in this district of Dénia. We talk about the port.

The port area has been getting more expensive for years, but it had never reached this level. Last year, in Dénia.com already we echoed this enormous increase in the value of their homes, but this August living in the port is 11% more expensive. This supposes a great peak of difference, having broken, which is very dangerous, a historical barrier: surpassing the average of 2.400 euros per square meter.

We refer at all times to the sale of second-hand homes, since it is an area where there are no newly built homes, which also affects these prices. In August 2021 we warned that the square meter was €2207 in the port, but this year it has skyrocketed to €2449.

That price is a great frontier within the same city. For years, buying a home in Dénia, whatever the area, is unbearably expensive. But doing it in one street or another can mean a difference of almost a thousand euros per square meter, since it must be taken into account that in the rest of the urban area the average value is around €1772. In Dénia the price grows, but in the port it shoots up.

Tamarit: "The investment in the improvement of schools and institutes in the Marina Alta will exceed 104 million"
November 29th 2022

December arrives in Dénia with a sudden change in weather, heavy rainfall and drop in temperatures
November 29th 2022

The "resounding success" of the second edition of the Consumer Bonus distributes €246.100 among participating businesses
November 28th 2022

37.861
4.432
12.913
2.450
We use cookies necessary for navigation and traffic analysis. We do not use cookies that provide us with personal data or advertising cookies.
More optionsACCEPT
Manage consents