The CFS Mar Dénia made the presentation of the workforce that will try to meet the challenge of staying in the Second Division 'B'. The act took place in the prolegomena of the clash they played against the San Joan Sporting, Third Division team.

The first to jump to the court were the president of the entity, Javier Ferreres, who was accompanied by Mayor Vicent Grimalt and the mayor of sports, Raúl García de la Reina. They first received the coaching staff headed by coach Jorge Durán and his assistants. Later it was the turn of receiving the players, who were heavily cheered by the audience that filled the pavilion. 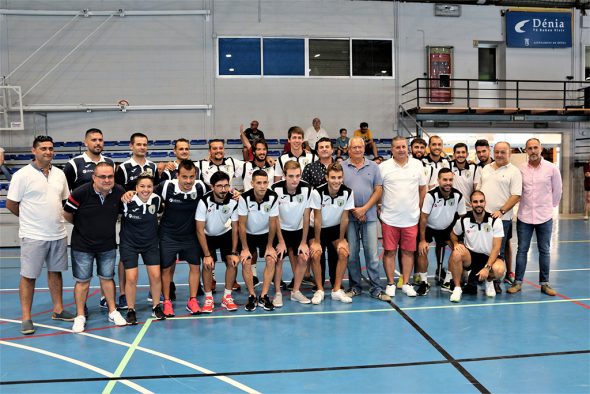 The team staff together with the municipal authorities

In the speeches chapter began the captain, Blai, who promised work, "We are people very committed to the club and we assure you that we will work to be as high as possible."

For his part, the coach thanked the board for choosing him to conduct the sports project. Durán commented that "We have a good group and I'm sure that by doing things right we can make you dream of a good classification." 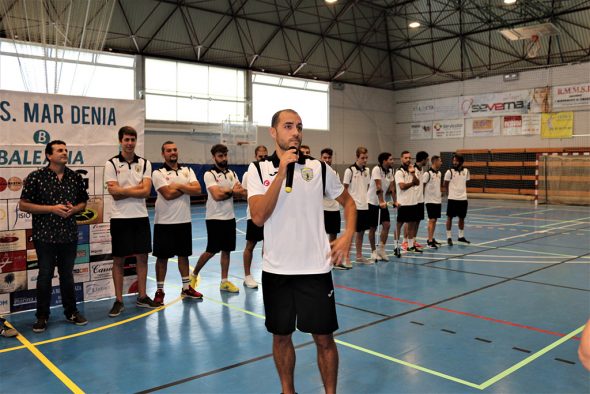 Blai speaking to the public

The most extensive was the president, Javier Ferreres, who thanked the support of the sponsors, collaborators and partners as well as the help they receive from the City Council. He asked the staff for commitment and invited those present to accompany them in each match.

The mayor of sports, Raúl García, said that, “We are supporting your project and that means you have to give everything in every game. Take the name of Dénia with pride in Catalan territory and in the Balearic Islands ". 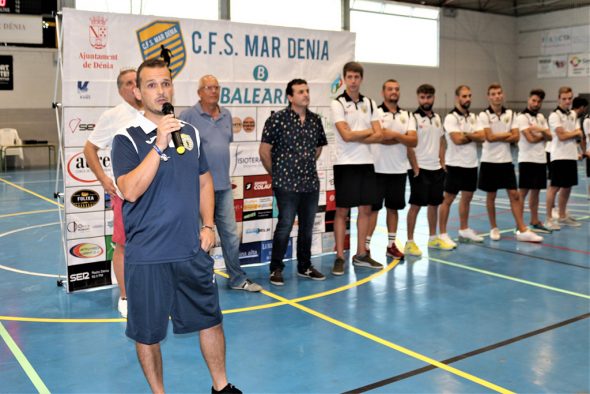 Jorge Durán in his speech

The act was closed by the mayor, Vicent Grimalt, who asked the players for maximum commitment and support from all. Grimalt commented that "You are a good group and I am sure that soon as luck accompanies you you will be among the best in the group."