Last Thursday, the Montgó Councilor for Sewerage, Mario Vidal, held the first meeting with the residents of Calle Aristeu to inform them of all aspects of the sanitation project that will run along said street. This project, drawn up by Aqualia's technical office, will go out to tender in a few weeks and will be the first in the history of our city to be processed through special contributions. 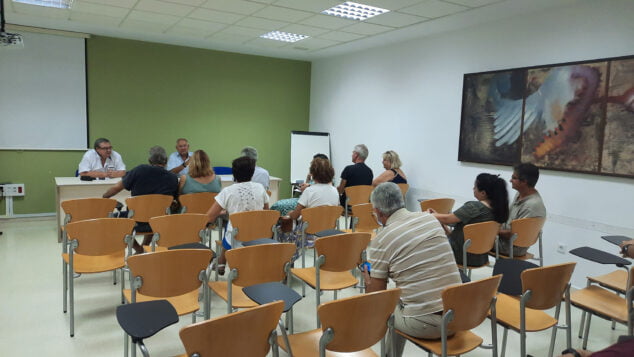 Current regulations, both European and national, have given the ultimatum to existing pits and treatment plants in the Montgo, provoking the urgent need to act. "All kinds of aid and subsidies have been sought, and at the moment there is no line that can favor these actions," says the mayor.

Parallel to the Execution orders issued in recent months for the mandatory connection of those who were close to an existing general collector, several meetings have been held with neighbors, including the councilor who has gone to their homes on many occasions to better study each case. . Several projects have been developed in different basins. "It has started on this street and we are very aware of the high cost that it can entail, especially for the inhabitants of the area." This project has a budget of €158.000, passed on to 19 neighbors who, even subtracting the 10% contributed by the City Council, and with a certain drop in the tender, will be very burdensome for those affected.

Councilman Hacienda, Paco Roselló, invited to the meeting, explained the forms of payment to which they can benefit. Roselló communicated the possibility of dividing the payment into 60 monthly payments, (5 years), with the minimum legal interest. This relieved the residents in part, although from the area they continue to recognize that it is a very high cost, but the European directives oblige them to undertake this type of general collector and connection projects.

This is the first, but others are already being drafted and will be processed below. In any case, the Montgó Sewerage Councilor has promised to always be available to residents to help and improve the planned actions.

Yellow alert in Dénia: the AEMET warns of the risk of abundant rainfall over several days
December 01th 2022

37.861
4.435
12.913
2.450
We use cookies necessary for navigation and traffic analysis. We do not use cookies that provide us with personal data or advertising cookies.
More optionsACCEPT
Manage consents