Almost ten degrees of difference we will have the two days falleros that we have left in front of the beginning of the party. If on Sunday we get to see the 27º in some thermometers, as of this Monday temperatures will not exceed 17 degrees. 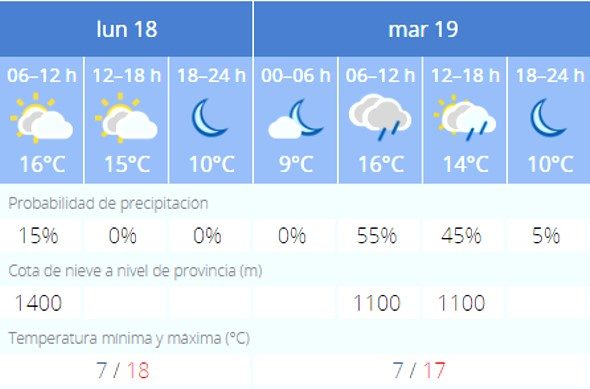 And it is that the heavens have dawned covered with clouds and with a thermal sensation colder than yesterday. According to the State Meteorological Agency, Monday's temperatures will oscillate between the 7 degrees of minimum and the 17 degrees of maximum, although the covered skies and the absence of sun will increase the sensation of cold.

For tomorrow, Tuesday, San José, with the offering and cremà as central events of the day, temperatures will remain at the same values ​​as today, but the probability of rain (scarce but probable) during the morning and first half afternoon