Defeat for the Dianense Rte. Mena in Santa Pola for 7 to 2

Bad start for Dianense-Rte Mena at its premiere of the year as it lost in Santa Pola by 7 to 2. The clash was complicated to dianenses who in addition to playing against the second classified, they did it with seven casualties. 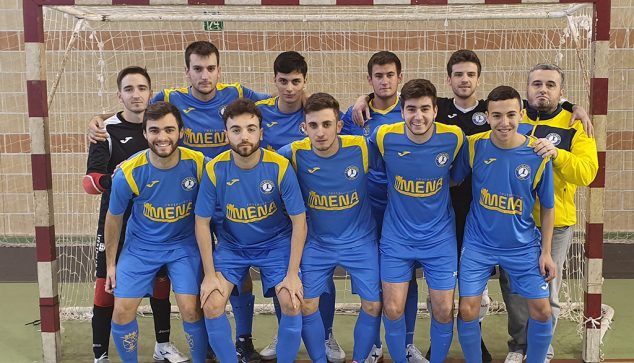 The match began with the formation very well placed on the court. Ferrando ahead of the blues and the local team turned to the attack in search of a tie. In the absence of eight minutes for the break came the Santa Pola tie. From there, the dianenses made several mistakes that the locals did not forgive and the party went to rest with 4-1.

In the resumption, the Dianense came out again very concentrated and competing, but the premises took twelve minutes to be able to pierce the goal of Angel. With 5-1 and the physicist taking its toll, the Santa Pola took the opportunity to sentence the match with two more goals. Ferrando, again, got the second goal dianense.

This weekend, the CFS Dianense Rte. Mena receives CFS Futsal Ibi C. The game will be played on Saturday, at 16 pm, in Beniarbeig.

Defeat in the youth derby against Paidos

CD Paidos asserted its greatest experience and pace to beat the CFS Dianense youth 7-2. The schoolboys were superior to the dianenses, who could do little before the rival game.

The Mengual team suffers in many of their matches the lack of experience in the category. The team is made up of eight first-year players and juniors from second and third who last year competed in second.

The dianenses, whose objective is to maintain this category the first year, will receive on Saturday a hard bone, the Aspe FS. The match will be played at 20 hours in the Joan Fuster pavilion.