The regional Veterans football league played its tenth day, in which the whole of the Denigres continues to lead the same. On this day, the penultimate classified was measured, who beat 8 for 0. This match was played in the Rodat field, where the dianenses could have increased their advantage even more if they had been their most successful players at the time of the auction. Occasions created many, but they were right in eight, being able to have finished this encounter with a wider marker. 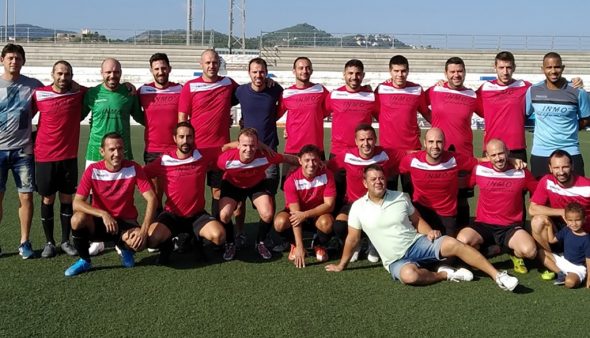 The second classified, Kamarca Dénia, postponed his match against Fisioestevez, another of the teams in the low zone of the classification. With this postponement, the current champions remain with three points of disadvantage with respect to leader, Denigres.

Relative was the surprise that occurred with the tie between Dénia Vtnos, third in the classification, and Transylvania Ondara, formation of the lower part of the classification. The clash ended in a two-way tie, which is a small step back for dianenses regarding their ability to reach the second place, from which they separate two points.

Jakarta Bacan infringed Reparauto the widest win of the day, which beat 11 by 0 in a clash that only had as its protagonist on the playing field of the municipal field of Xàbia to the locals Little opposition from a Reparauto that, day after day, shows its defensive weakness. Serve as a fact to keep in mind that 10 has been conceded in 67 goals, so there is an average of more than 6 goals per game.

One of the most equalized and exciting duels was the one played in the Les Costeres de Gata de Gorgos field, the local team of the Basta Oil and the Vtnos Pedreguer. The final score was from 1 to 0 for the premises. There was a lot of intensity and the defenses were more accurate than the attacks. With this victory, the team of Gata de Gorgos is placed two points of the pedreguero team that occupies the fourth place in the classification.

Highlight how colorful the clash played in the El Morer de Oliva field between Oliva Vtnos and Calpe Vtnos was. Fans who followed the clash enjoyed, since it is not usual to see 12 goals in a match, more if they are distributed as on this occasion, where they reached the end of the regulatory time with a tie to 6 goals.

On this day we also live the recovery of several teams such as Ondara Vtnos, after their clear victory against Latinos by 3 to 1. Also that of all Colombians, which was imposed on a CD Jávea Vtnos by 4 to 1, leaving the xabiencs in low positions in the classification.

Important the triumph added by Grupo Moreno de Calpp against Inmob. Javea by 3 to 2, which leaves the calpine formation at the center of the classification.

The ranking of top filmmakers is headed by the Pascual Pons player of Ondara Vtnos, who adds 15 goals.