Dénia and Castellón have tied at zero, in according to the eleventh day of Group VI League Third Division.

The shock was very boring for the spectators who came to the field. The first scoring chance went to the team of La Plana. It was 4 minutes in when Julian shot over the bar. Dénia cost much to create game, their midfielders failed to connect with the lone striker, Roberto.

The second notice of the first half, again gave the visitors. 25 minutes in, Pozo got rid of his defender, and commanding a very strong shot, forcing the goalkeeper Dianense, Nico to clear. The dianenses during the first 45 minutes did not create a single scoring chance.

In the second half, the game was running under the same trend. Both teams were more concerned about not conceding a goal, you going to get some.

The two coaches sought with the changes the pace of the game changed, but did not. It was not until the last minute to see dangerous moves within the areas.

The great occasion of Castellón, the Lois had 89 minutes but his shot was stopped by Nico. Dénia's response came in injury time. Cristian controlled the ball inside the box, shot and the goalkeeper Castellón and rejection when fans in the stands chanted goal.

At the end of 90 minutes goalless draw is a fair result, seen the merits of each other. 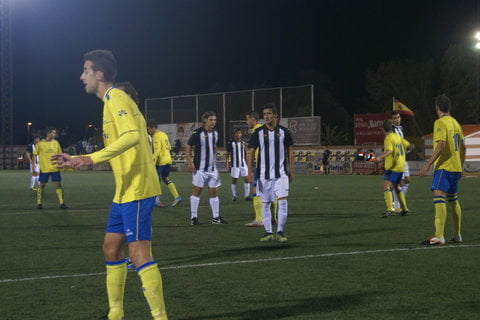