The Dénia City Council has agreed to initiate the procedures to protect two unique, singular and valuable pieces of the industrial heritage of the Spanish territory, linked in the Valencian Community and which are closely related to the city of Dénia: the Black Hawthorn steam locomotives number 1 and 2 of the Carcaixent-Dénia railway line. At the proposal of the Councilor for Culture, Raúl García de la Reina, the Governing Board will today approve the processing of the request for declaration of Asset of Cultural Interest (BIC) for locomotives to the Councilor for Education, Culture and Sports. 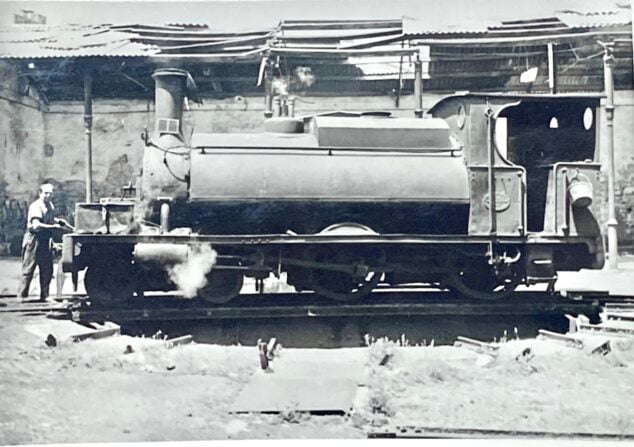 Machines number 1 and number 2 are the only remaining of the six original steam locomotives that operated on the line, which opened in 1884 and was closed in 1974. The other four were progressively withdrawn from service and unhinged years ago.

The pieces have the special singularity of being the first locomotives of the first narrow gauge railway line in Spain, which was that of Carcaixent-Dénia. So, they are two assets of the industrial heritage of the State that are also linked to the Valencian Community, not only to be the territory through which the line passed, but because it was closely linked to an important Valencian magnate, José Campo Pérez, the Marquis of Campo, and his nephew, Gabriel Moreno Campo; and in the city of Dénia, which is now promoting the process for its recovery and protection.

As explained by the Councilor for Culture, "The machines, built in iron, are in danger of disappearance, for which it is necessary to request immediate precautionary protection". "For all we know -Adds García de la Reina- they are found out in the open in a junkyard, without protection measures or the application of conservation treatments for the materials, in Zaragoza ".

All these circumstances "Together with the policy of recovery and enhancement of the historical, archaeological and cultural heritage of the city that we are carrying out from the government team", have made the City Council take the first step so that the Black Hawthorn locomotives on the Carcaixent-Dénia line do not end up disappearing and, with them, a part of our history. 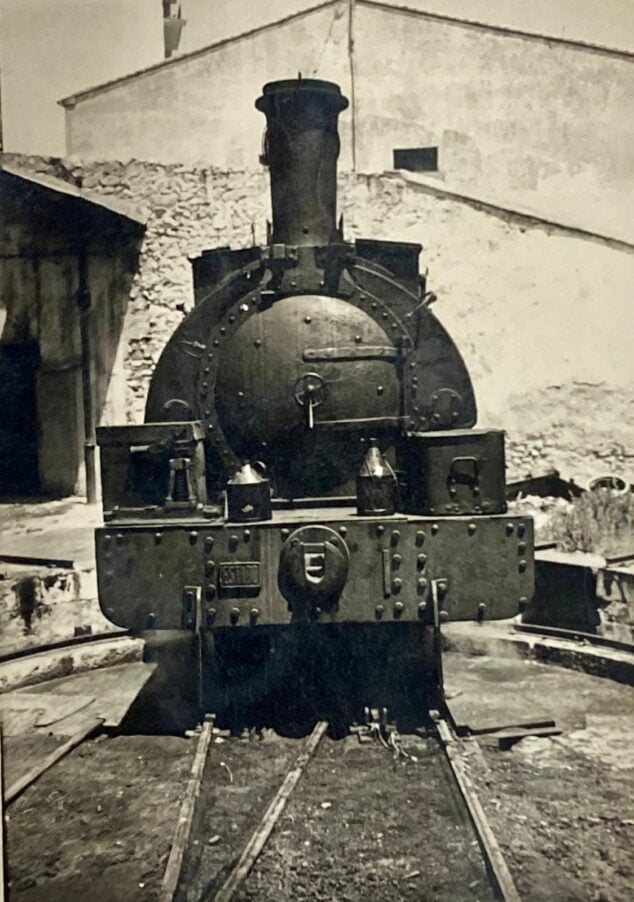 From the tramway to the railway

The municipal archivist, Rosa Seser, signs the report that supports the BIC request that the Dénia City Council will present to the Department of Education, Culture and Sports. In her writing, full of references to the work of the railway historian Vicent Ferrer y Hermenegildo, Rosa Seser offers some insights into the history of the Carcaixent-Dénia railway.

A story that dates back to the second half of the nineteenth century, a time of economic boom for the city of Dénia with origin in the raisin business. The port of Dénia gave way to the agricultural production of the region and distributed it throughout Europe and the United States of America. The new times led to the proliferation of an enriched and cosmopolitan bourgeoisie that demanded improvements in urban infrastructures and in the transport network, in order to improve the marketing of products and to end the secular isolation of the territory from the interior of the country .

But these improvements in transport would still be postponed and the animal-drawn tramway that ran along the Carcaixent-Gandia line since 1864 and that had to be extended to Dénia, did not arrive due to successive financial problems.

The situation took a radical turn when, in 1882, the Government of the nation authorized the transformation of the “blood” traction to an economic metric steam railway and granted the concession to the Valencian magnate José Campo, the Marquis of Campo. With the collaboration of his nephew, Gabriel Moreno Campo, also closely linked to Dénia, they reform the line and, now, they preface it from Gandia in Dénia. The trains of the Carcaixent-Dénia line began to roll in 1884, becoming the first narrow-gauge railway in Spain.

According to the historian Ferrer y Hermenegildo, with the change in traction the first locomotives arrived. The three initials, numbers 1, 2 and 3, were supplied by the English house Black Hawthorn and were from filming of the so-called packet type. They were small machines, which had a length of 7,625 meters and a height, at the level of the chimney, of 3,12 meters, and "Which suited the smooth profile of the line well". The number 1 locomotive that is to be declared BIC has a uniqueness and differs from the rest of the machines because it was transformed and a supplementary water tank was added to the main tank.

In total, there were six units of this type of locomotives that carried the weight of the operation of the Dénia-Carcaixent line, with passenger and freight trains, especially in the early days. Of these six original steam locomotives, only the two for which the Dénia City Council requests protection have been preserved.

The cycle "Memory and Future" presents a multifaceted vision of the war, repression and the Franco dictatorship through exhibitions, books, theater and conferences.
March 31 2021
Leave a comment