Within the special measures approved by the Dénia City Council to support local commerce and the catering sector at a particularly hard time due to the COVID-19 crisis, a campaign to disseminate the agreement between merchants is launched today on social networks (ACE, ACADE, Aehtma and Mercado Municipal) and the El raset, Baleària Moll Vell and La Vía to reward purchases and drinks in establishments in the city with free hours of parking. During the next few days, the campaign will also hit the streets with posters, the locals that have joined, MUPIS and information leaflets. 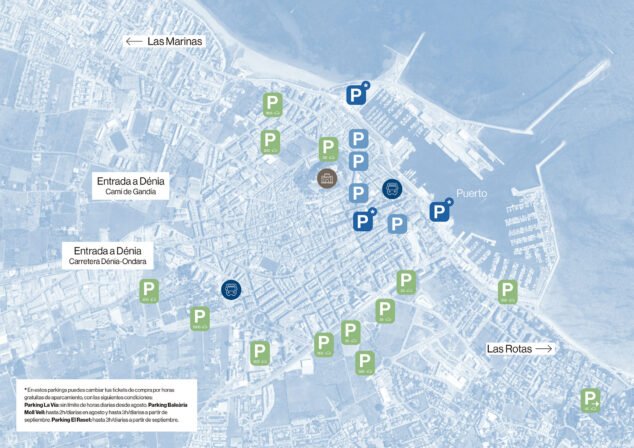 The conditions of the agreement between merchants and car parks are as follows: for each purchase in the local business or consumption in bars and restaurants, customers will receive tickets that can be exchanged for one hour for free at the car park where they left their car. These tickets are cumulative in the case of La Vía, that is, as many tickets as we have can be spent daily; in the parking lot Baleària Moll Vell can spend two hours a day, equivalent to two hours of free parking, during the month of August, which will become three from September; and El Raset will join the initiative in September, offering up to three hours a day that can be exchanged for tickets obtained in stores and restaurants.

The graphics of the campaign, with blue as the predominant color, plays with the "P" indicating the parking spaces to highlight the central idea: "First hour free. And the second, well too". With the same game as a starting point, other variations of the poster highlight the advantages of choosing local shops and saving, in addition, driving laps with the car: "Well, you park, you buy in Dénia and you forget to pay for parking", "You can find everything in our stores. Even parking space".

The participating establishments will have a badge on the door.

People in the center and cars in the 3.000 free spaces

A second part of the campaign, in green, complements the dissemination of the parking promotion with information on the city's free public parking spaces, some 3.000, distributed in different spaces surrounding the urban area. In this case, the initial "P" starts ideas around a city more for people and less for cars: "Squares full of people", "Pedestrians recovering the streets", "Picaetas in the open air without noise".

A bet to park your car in the free car parks and enjoy the city step by step, since from the public car parks you can access the center in less than 10 minutes. 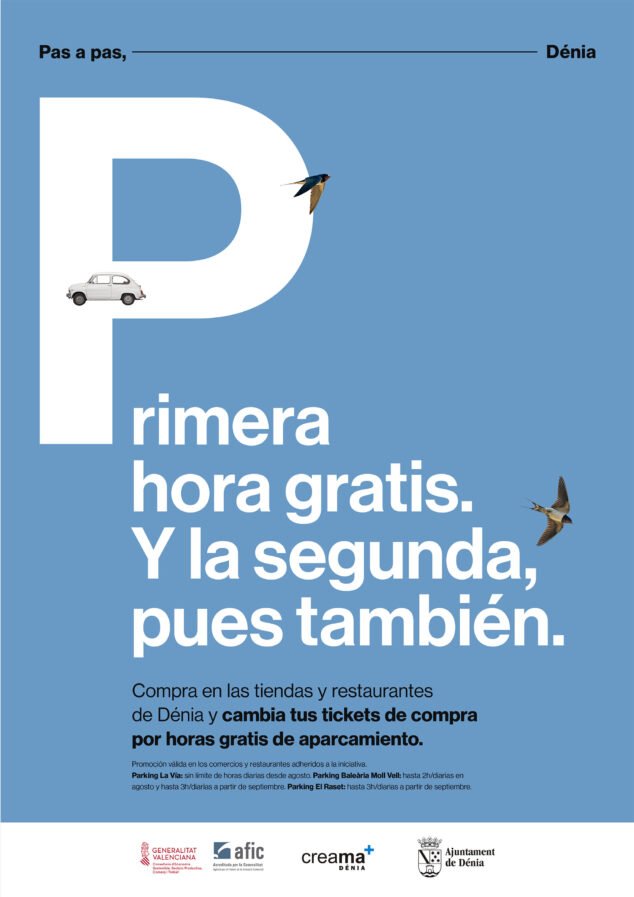