The prizes of the first edition of the short stories and short stories contest for people over 60 years old organized by the Department of Policies of the Major were delivered yesterday afternoon in the auditorium of the Social Center, with restricted capacity, only two relatives from each attended. awarded, and all the security measures set by the health authorities.

By decision of the organization, and although the rules of the contest establish three awards, the four people participating in the contest have been awarded, "Four brave people who, in this time of COVID, decided to enter the contest and deserve this recognition", in the words of the Councilor for Policies of the Major, Elisabet Cardona. 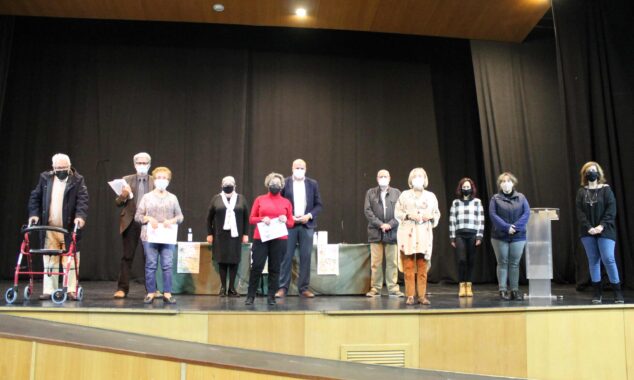 Winners in the Short Story Contest

Cardona was in charge of delivering the awards together with the mayor of Dénia, Vicent Grimalt, and Antonio Soler, head of Human Resources at Carrefour Dénia, sponsoring establishment of the contest together with Radio Dénia Ser.

Unanimously by the members of the jury - Verónica Mengual, journalist and writer; Amparo Casado, professor of Hispanic Philology and Mar Reus, technician of the Department of Linguistic Normalization of the City Council of Dénia- the prizes of this 1st short story contest for older people are:

The Classrooms of the Third Age of Dénia published today on their Facebook profile @ Aulas3Edad 'The contact lens', the winning work of the contest.