Dénia seeks to end the overpopulation of wild boars... at arrows

Dénia has been facing an "invader" for months that it cannot stop: the wild boar. They have tried a thousand different formulas to tackle the problem generated by the overpopulation of these mammals in Dianense land, but none has had the desired effect. However, the City Council does not give up, resorting this time to a "new" line of defense: posting archers to defend the city. 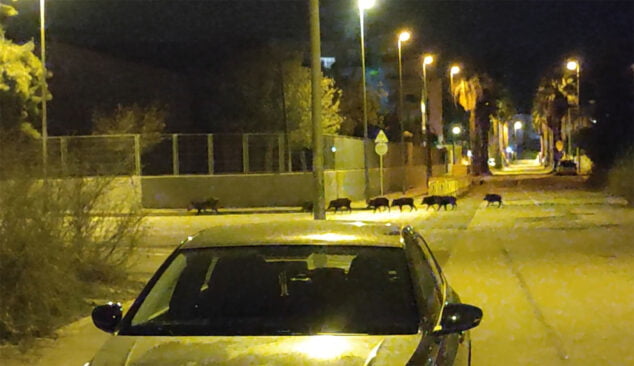 It's not any joke. During the ordinary plenary session of the month of May, held last Thursday, the councilor for the Environment, Maite Pérez Conejero, surprised by announcing this project that seeks to put an end to the great influx of wild boars. This has always been a plague that has been widely suffered in cultivated fields, as well as on suburban roads, causing a good number of traffic accidents. However, in recent times, especially during the months of confinement and subsequent months, these herds have become emboldened, walking fearlessly through the urban area of ​​Dénia.

From the City Council they have made several attempts to stand up to these animals. The last of them was to install traps on some land. However, they did not get the result they expected, so they have given up and removed the cages.

During the aforementioned plenary, the spokesman for Gent de Dénia, Mario Vidal, was interested in the following protocols that they would establish in this regard by having dispensed with the traps. Pérez announced that they had a draft, which would be ready by summer, with a new protocol. He announced that he had contacted the Federation of Hunters of Alicante to study a collaboration with a group of archers who wait in different parts of the municipality in order to shoot down the animals. As the use of bullets was prohibited, they opted for arrows.

Who removes the carcass of a wild boar on private property?

In the same plenary, Estefanía Schwamb, from the municipal group of citizens Dénia, put on the table the controversial responsibility of the neighbors when they find a dead boar on private property. He asked if the City Council could offer measures that would prevent said responsibility from falling on the owner.

The councilor confirmed that this is how it was arranged, but that, nevertheless, the municipal legal services could study it.