The Civil Guard has arrested four people in Calp, during the months of November and December, for being the alleged perpetrators of numerous thefts and robberies with violence, committed on elderly and / or vulnerable victims. 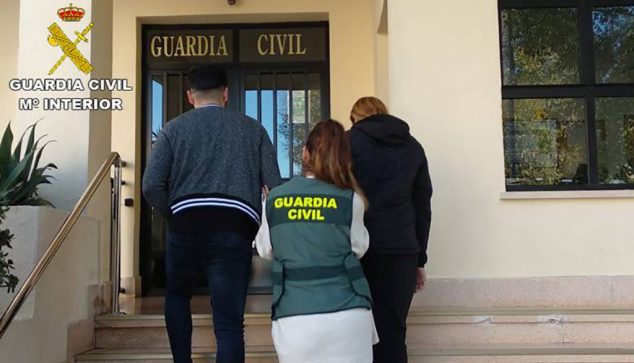 The Civil Guard arrested in Calp, last Monday 9 of December, two people, a man of 26 years and a woman of 33, who were requisitioned and wanted by 4 different Courts, for their alleged participation in various crimes of robbery with violence , carried out by the method of hug (or affectionate) and committed, mostly, on elderly and vulnerable people or people with reduced mobility.

These are two brothers who are allegedly engaged in the commission of this specific type of robbery with violence, moving for this throughout the Spanish geography, especially coastal and tourist areas.

Their victims are, normally, elderly men, if possible from foreign nationalities, who are passing through Spain, who, after tricking and deceiving with tricks and sexual proposals, take away the valuable watches or jewels that they carry at that time, even using violence to achieve their ends, if necessary.

The most quoted object and the favorite to subtract for this type of criminal organizations, is the Rlex watch, for which they are even trained, to be able to detect and recognize it, on the wrist of the possible victim.

Despite their youth, the two brothers have numerous records for criminal offenses of a similar nature, adding among them more than 90 crimes. Both presented, at the time of their identification, 4 judicial requisitions of search, detention and personalization, arising from the Criminal Courts No. 8 of Alicante, Criminal No. 17 of Valencia, Instruction No. 2 of Benidorm and Instruction No. 2 de Vera (Almería).

They have already been presented before the Court of Instruction No. 3 of Dénia, who has decreed his freedom with charges, pending trial, with precautionary measures.

Also the Civil Guard of Calp, arrested last November to two other women, 23 and 19 years, for being the alleged authors of a total of 7 crimes of theft and 3 crimes of robbery with violence committed, equally, on victims of advanced age and / or vulnerable, using the hug method. 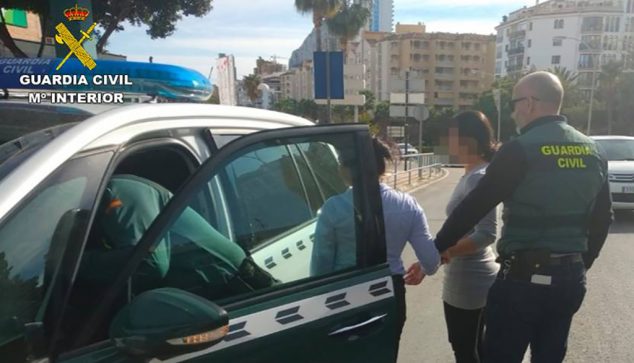 The 2 arrested in November by the hug method

Among the subtracted effects, 3 highlights high-end watches, valued at 10.000, 25.000 and 10.000 euros respectively, as well as the theft of laces, bracelets, necklaces and other diverse gold jewels, valued at more than 5.000 euros. To this we must add the injuries caused to the victims, such as bruises and minor injuries, after struggling with them, on some occasions.

The two detainees were requisitioned by courts of different Spanish provinces, such as Girona, Malaga, Alicante, Valencia and Castellón, a fact that highlights the great geographical mobility of these types of criminal organizations to commit crimes.

Both were already made available to the Court of Instruction No. 3 of Dénia, who decreed his release with charges, pending trial.

Take care of your skin in The Reference Studio, you only have one
more promotions Browse Contests
The weather in Dénia
Dénia
27 February, 2020