The Consell has authorized the signing of the collaboration agreement between Turisme Comunitat Valenciana and the Dénia City Council for the implementation of the plan to promote the gastronomy of the town and the Valencian Community during 2022. 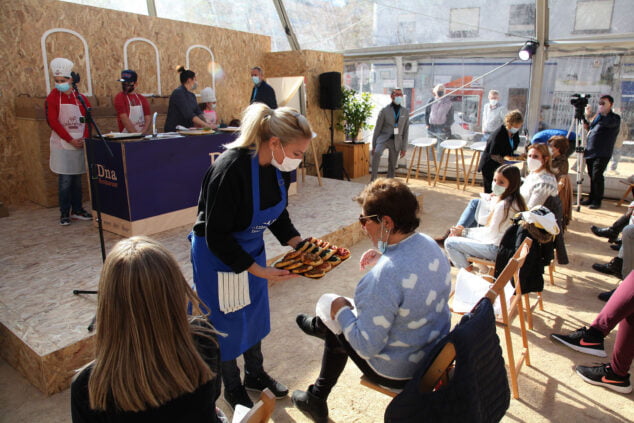 Event during the D * na Restaurant in Dénia

Through this agreement, the Generalitat, through Turisme Comunitat Valenciana, allocates 200.000 euros for the Dénia City Council to carry out the actions included in its plan to promote local gastronomy.

In this way, the Dénia City Council is committed to developing initiatives such as the D*NA 2022 festival, which will be held on the weekend of October 1 and 2, along the Paseo de la Marineta Cassiana from Denia. It is a meeting of professionals from the entire gastronomic product value chain, who pay tribute to local and local cuisine.

Specifically, through this agreement, Turisme supports the communication actions carried out by the town hall to promote the event, framed within the brands 'Dénia, Ciutat Creativa de la Gastronomia' and the regional label 'L'Exquisit Mediterrani`.

Likewise, the Generalitat collaborates in the promotion of publicity actions and the adaptation of spaces for the celebration of this event, of great national repercussion.

The D*NA 2022 festival will vindicate the value of sustainable gastronomic tourism, as well as the entire agri-food and tourism value chain. The acts that will be carried out aim to cover the festive-cultural atmosphere of the event and involve the different cultural groups, economic sectors and local civic associations, and at the same time, add them to the celebration by offering them a platform for promoting and recovering their activity. .

In this way, the festival will have in this edition an area for producers from the Marina Alta and the Valencian Community, an area for restaurateurs, rice and coca, and another for experiential workshops. In addition, a complete agenda of talks, conferences and masterclasses will be organized by the best chefs, as well as showcookings and presentations, among other activities.

Turisme Comunidad Valenciana has among its objectives the carrying out of actions aimed at promoting the different tourist products and destinations of the Valencian Community.

Dénia is one of the most representative tourist destinations in the Valencian Community and has become a gastronomic destination par excellence. Its products and restaurant establishments have given it a level of quality, such that in 2015 it was allowed to become part of the select group of creative gastronomic cities of UNESCO.

Dianense pastor Jorge J. Pastor closes the Week of Prayer in the Cathedral of Valencia
26 January 2023

Dénia launches new signage on its beaches in which 12.000 euros have been invested
26 January 2023

Converting tapas and traditional cuisine into a tourist attraction, the bet with which Dénia concludes its participation in Madrid Fusión
25 January 2023
Comments