Compromís per Dénia has made public its proposals for the urban transport draft. Proposals that have been registered as allegations in the current public exposure process, since these proposals, they claim, were not taken into account during the previous process. 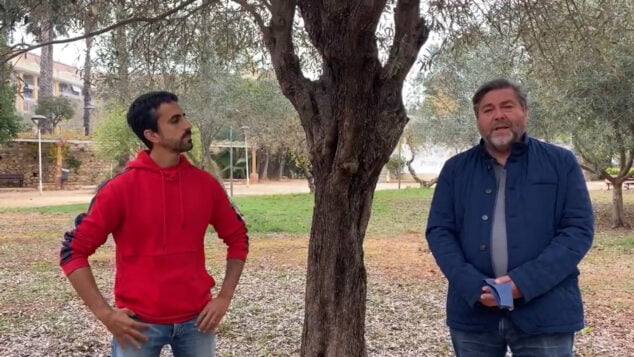 Initial suggestions were aimed at improving technical issues that affect human resources, the frequency of lines, the cost and the mechanical means of providing the service. "If it is not modified, there could be difficulty in awarding the service", has said Rafa Carrió, spokesman for the municipal group.

But, as Agustí Espí, Compromís local secretary, has explained, the main proposal that was made from the beginning is that the bus on the circular line of the urban area be available all year round and not only in high season as the team of government. "The people of Dénia will not get used to a service that is only available in summer. We propose that it be a line for all deniers and denieres and not only for tourists and second homes. We do not find sense to pay a full bus to circulate only 3 months a year ".

Compromís has also wanted to propose modifications to the circular route, which does not include the urban center "We have to offer a quality alternative to cars, and it does not make sense that it does not pass through places like the Market or the Health Center if the pedestrianization of the center is being favored", Carrió has pointed out.

Therefore, the following proposal is to modify the route and change the main stop, making it at the Hotel Costa Blanca "And so I would make a first round through the center of Dénia". I would continue towards the round of Haiti, the Esplanade Cervantes, and Calle el Mar to go down Calle Carlos Sentí, "Where you could go to the market to buy, in the Calle Marques de Campo and the rest of the center, favoring downtown local commerce ". Then it would go down to the Patricio Ferrándiz supermarket and continue towards Marquesado Avenue, near the Health Center. Finally, I would return through Pintor Llorens towards the exit stop and continue with the route proposed by the government team.

Likewise, they indicate in the allegations that stops very close to the circular route are removed, one in the Miguel Hernández area, and one in Patricio Ferrándiz with Diana street; and that the cost of the ticket includes several trips during a series of hours.

"We firmly bet on public transport to achieve a sustainable, friendly and people-friendly Dénia, but it has to be a service all year round and that passes through the center of Dénia, complying with all technical issues so that it becomes a reality and not stay alone in a will, as has happened in recent times ". For this reason, he also wanted to make an appeal that citizens now participate in the exhibition period by contributing their proposals.

Balance of the PSPV of 2020: "Hui acomiadem, per fi, one of the most complicated years of the last decades"
December 30 2020