Compromís has carried out its traditional act on October 9 in front of the statue of Jaime I. Around 40 people have gathered to celebrate the National Day of the Valencian Country. The person in charge of conducting the event was María Jose Garcia, regional secretary of Compromís Marina Alta and member of the executive of Compromís for Dénia.

The spokesperson and candidate for mayor of Dénia in 2023, Rafa Carrió and the provincial deputy, Gerard Fullana. Both claimed political Valencianism and what meaning does October 9 have for Valencians and Valencians. 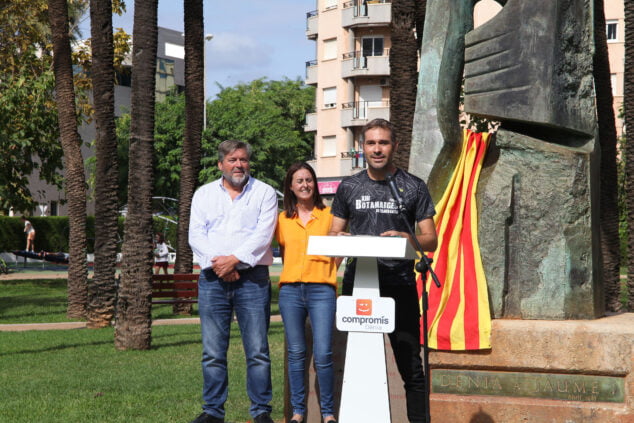 Act of Commitments on the Diada October 9

In the first place, Rafa Carrió spoke, highlighting this festival "as a date on which to reaffirm our essence and value what we have been, are and want to be as a people". Carrió has taken stock of what Compromís has done this legislature in the City Council and what the objectives and strategic plan are for the next legislature, according to what he pointed out "Compromís is necessary in the municipal government since that was demonstrated in 'year 2015 providing stability, dialogue, cut and illusion and we are going all out to achieve it”

On the other hand, he reminded the attendees of the behavior that the government team has had towards Compromís during this legislature "without going any further, the institutional act that has been held a while ago in the same location that Compromís has been celebrating for more than 15 years, until failing to comply with the Municipal Organic Regulation (ROM) continuing with the despotic, little humble and arrogant gestures " 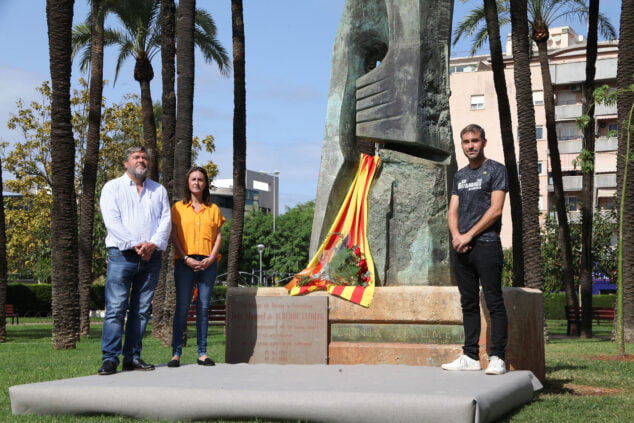 For his part, Gerard Fullana has reviewed what this legislature has been and the challenges that Compromís has for the next one at the municipal level, according to Fullana "the 2015 government in Dénia, with Compromís, was synonymous with stability, work and solvency, currently the absolute majority of the PSOE, is an insolvent government, which has halted the works of Raquel Payà, the General Structural Plan blocked or the new music conservatory, among others”.

Finally, the provincial deputy for Compromís has instituted that "it is Compromís that should lead the government in Dénia from 2023, as Sebastià García did in his day, because where Compromís is, it is certain that left-wing policies will carried out honestly and humbly”

The act has continued with the traditional offering of flowers at the statue of Jaime I to the sound of the Muixeranga. Finally, the event was closed by María José García thanking all the attendees and encouraging them to continue celebrating the day of the Valencian men and women. 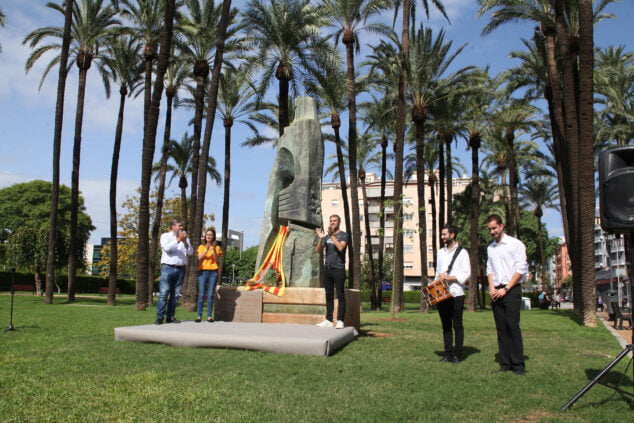 Compromís Act and the Muixeranga 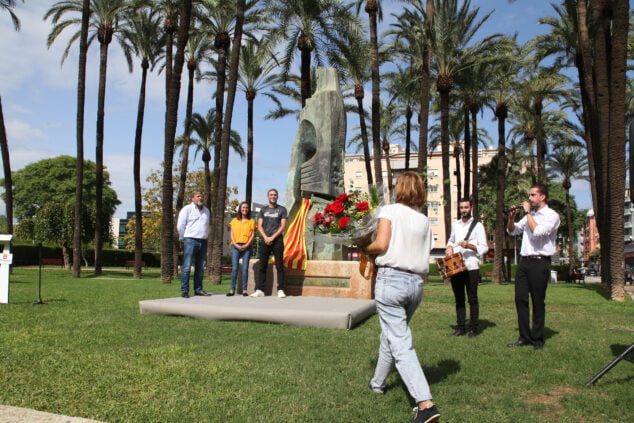