One more year, Compromís per Dénia wants to remember Vicent Andrés Estellés with the organization of the traditional Festa Estellés, a night dedicated to the poet of Burjassot and the Valencian culture, and which is inspired by the "Burns Supper" held in Scotland in honor of the poet Robert Burns, as explained by the local secretary, Vicent Catalá, during the press conference held at his headquarters.

The appointment will be next Friday 20 in September from 20: 30 hours, in the street that bears the name of the poet, next to the Glorieta del País Valencià. 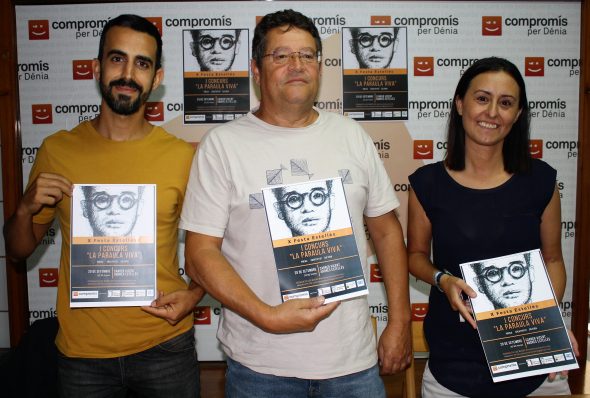 Compromís per Dénia presents its commitment to poetry

Coinciding with the X anniversary of the Festa Estellés In Dénia, Compromís has decided to innovate in the format, creating the I Estellés Contest "The living word", with the aim of "valuing the poetry of Vicent Andrés Estellés through the artistic freedom of the participants reciting their poems", said Agustin S. Espí,
contest organizer.

In other words "What we want is to strengthen language, culture and art; bring Estellés' word to life."

Participants of each performance (solo, couple or group) can interpret Estellés verses in any way they want and through music, interpretation, theater, performance, dance or singing, among others. "What will be valued will be the creativity employed interpreting or reciting the verses of Estellés", have indicated since Compromís. 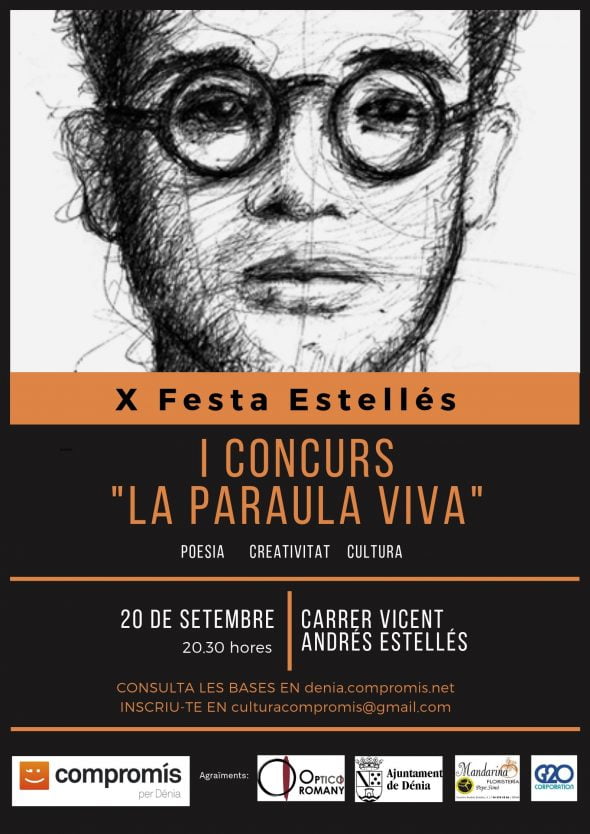 Poster of the Contest 'The Living Word'

María José García has announced that there will be a special Prize for the best performance that will consist of a round trip to Formentera for 2 people, and a second prize sponsored by Romany Optics. To assess the
performances will feature a jury composed of the journalist Toni Reig and the poet Toni Prats.

The performances will be free in modality and number of participants but will not exceed 15 minutes, as well as only one performance may be taken. Garcia said that the bases can be consulted on the website denia.compromis.net and to register it will be necessary to send an email to the address culturacompromis@gmail.com, specifying personal data, number of participants, main idea of ​​the action and needs minimum techniques, with term until Friday 20 of September. In addition, they can also sign up in person on the same day of the event, until 20 hours.

The organizers have also commented that those interested in reciting a poem by Estellés in the traditional way and without participating in the contest can also do so, by contacting a member of the collective.

From the group all people interested in actively participating in the event are encouraged to "Celebrate the Valencian culture in a dynamic, artistic and above all alive", as well as approaching as a spectator to enjoy an evening in a family and festive atmosphere.