The municipal group of Citizens will present a motion to the plenary to demand that the regeneration of the dune cord be taken into account in the Coast Regeneration Project. 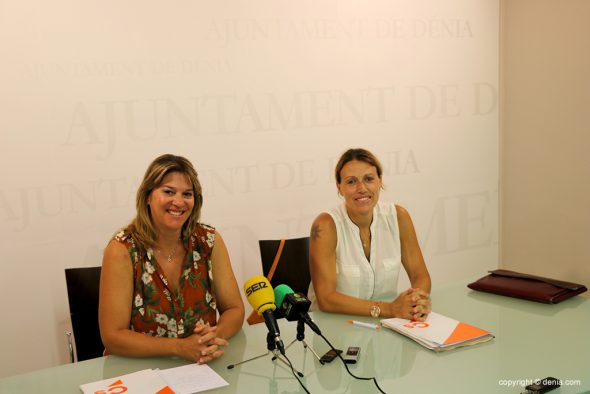 This was announced by the spokeswoman for the training, Susana Mut, this morning at a press conference. Citizens, Mut recalls, already presented at 2017 a motion for dune regeneration that was passed unanimously in plenary. However, the mayor affirms that the aspects detailed in said motion have not been reflected in the current project.

The Citizens proposal was directed by the specialists Jesús Reina and Salva Pons, and it was about the regeneration of the dune cord from the port of Dénia to the Riu Girona. In addition, Mut insists that CEDMA has also made a proposal along the same lines.

“From Cs we defend that the management and the tourist use of our coast must be carried out from an environmental approach, protecting essential structures that are already very weakened or even disappeared in some areas of Dénia due to urban abuse and bad practices in the maintenance of beaches", said the spokeswoman for whom “The consolidation and recovery of beaches in Dénia is essential, so that they become a benchmark for sustainable quality”.

In the current Project of Regeneration of the Coast, according to Citizens, the creation of breakwaters and breakwaters with a budget of 30 million euros is detailed, subtly referencing the dune issue but without stopping or developing the theme of the cordon.

Therefore, Citizens will submit an allegation to include their project, through the presentation of a motion to the plenary so that the rest of the formations will join their request to the Ministry again.