Carnesdolces is the name given in Dénia 2017 Carnival to be held next February 25 in the streets of the city. As usual in recent years, the Carnival in Dénia becomes itinerant, and this year will be held in the neighborhood Paris PedreraAt the intersection of Sagunto and Patricio Ferrándiz streets. 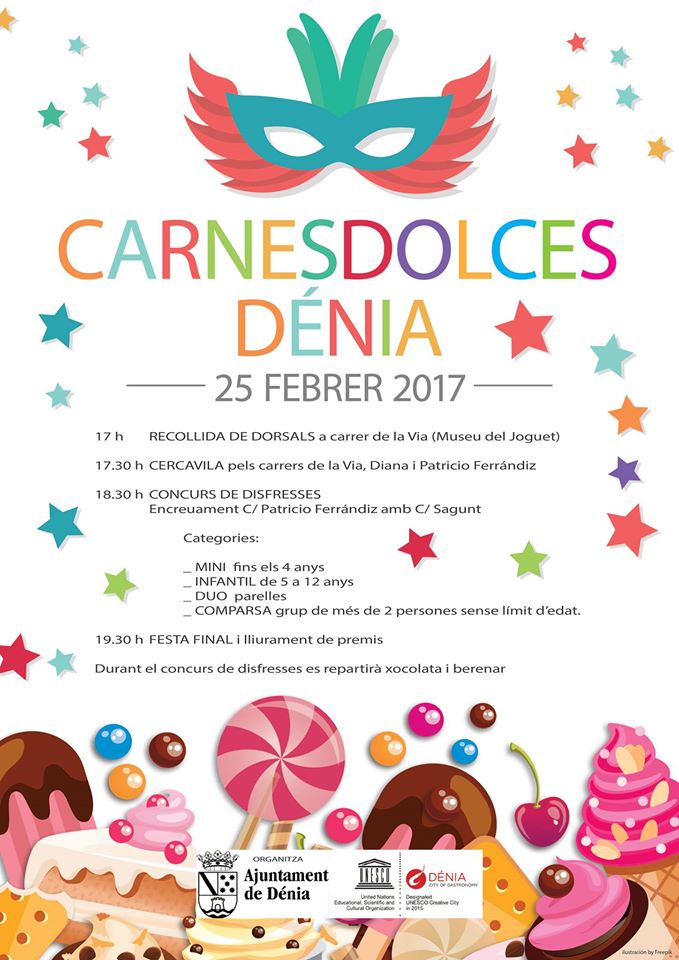 Participants will focus on 17 hours on the street Via, opposite the Toy MuseumTo collect the dorsal costume contest. In the 17: 30 hours will begin the parade through the streets Via, Diana and Patricio Ferrándiz to the junction with Calle Sagunto.

The costume contest, to be held on the stage erected at the crossroads, begin at 18: 30 hours. Again several categories are established: Mini (up to 4 years old); Children (5 to 12 of years); Duo (two groups with no age limit) and Comparsas (groups of three or more people with no age limit). Three prizes will be awarded by category.

While the contest is held chocolate and snack will be distributed among the attendees. The finale, with children's disco and awards ceremony will begin at 19.30 hours.

The Floats of Dénia: when are they, parade, history and photographs
August 01st, 2020

The fireworks castle of the Dénia festivities: when and where is it
10 de julio de 2020
Leave your comments